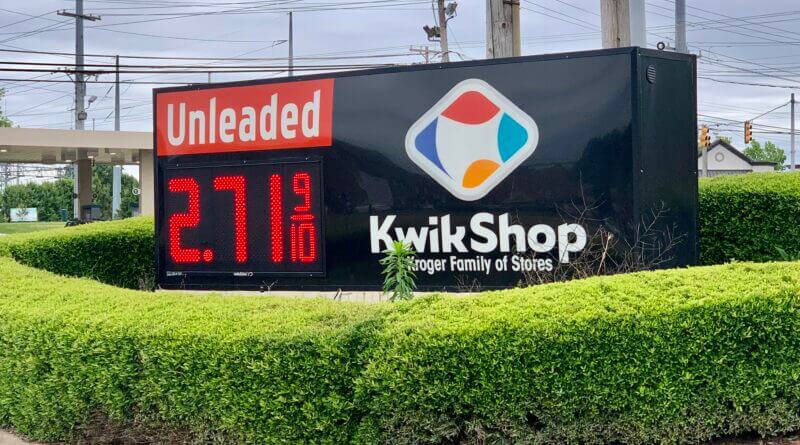 Photo: This KwikShop on Goodman Road in Southaven is currently selling gasoline at $2.71 a gallon. A cyberattack on a pipeline has shut the Colonial Pipeline down. (Bob Bakken/DeSoto County News)

Have you noticed having to shell out a few more pennies each time you fill up at the gas tank? It’s pretty hard not to notice if you drive a lot.

Experts are saying there’s a good possibility it may go even higher in the near future, although they warn drivers not to get too concerned about the price of gas rising to great extremes anytime soon.

A cyberattack of ransomware called “Dark Side” caused a major shutdown on a key pipeline to provide oil to the country. The shutdown of the Colonial Pipeline continued Monday, although reports late in the day said they could be close to re-opening the pipeline, most likely by the end of the week.

There are experts who note, however, that cybersecurity attacks are common and most don’t become public knowledge.

Possibly as a result, the average price of a gallon of regular gasoline has now gone up by six cents over the past two weeks as of Monday, according to Trilby Lundberg of the Lundberg Survey.  The $3.02 average price per gallon is also up $1.05 from a year ago.

The prices range from $4.16 a gallon in the San Francisco Bay Area down in $2.55 in Baton Rouge, Louisiana.

Lundberg reported the cyberattack is a great unknown as far as the price of gasoline is concerned.

“The impact will depend on the duration of Colonial’s paralysis and the degrees and timing of success by shippers and others attempting to substitute volume and delivery by other means,” Lundberg reported. “And yes, even gasoline business margins will be part of the picture.”

Consumers are cautioned not to panic buy at the pump, however, with the Colonial Pipeline soon returning to service.

Mississippi Agriculture and Commerce Commissioner Andy Gipson came out with a news release to that effect, urging Mississippi drivers not to panic buy at the pump. He assured state residents to buy what gasoline they need, but not overbuy, adding the state does not face a fuel shortage.

You can read Gipson’s statement on his official website.

Gov. Tate Reeves Tuesday had similar comments about the fuel situation and the “media driven crisis,” as he called it, in a post from his Facebook page.