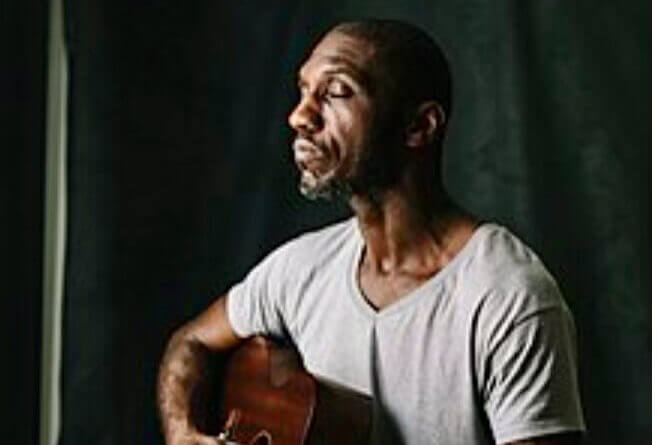 Growing up in North Mississippi’s Marshall and Benton counties, Burnside is the grandson of Hill Country blues legend R.L. Burnside. Cedric was playing with his grandfather early in life and at age 13 was traveling with R.L and his band, playing drums .

Cedric began traveling around the North American continent to represent the unique genre of blues music that was Hill Country blues.

Burnside today is expanding the next generation of the North Mississippi sound. He has put together nine albums, individual and collaborative.  Burnside has been awarded several Blues Music Awards for his work as a drummer. He earned a Grammy nomination for the 2015 album project Descendants of Hill Country and another for his solo recording, 2018’s Benton County Relic.

His current album is called “I Be Trying.”