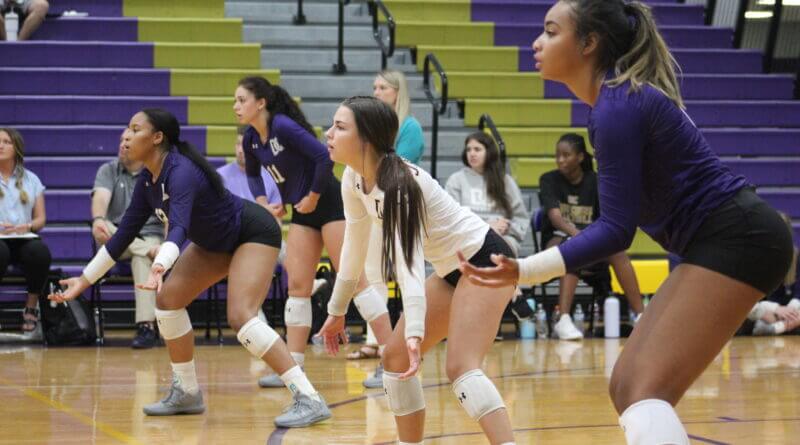 After a straight-set loss to Oxford, the DeSoto Central volleyball team, the defending MHSAA 6A state champions, felt they had something to prove Thursday night as upset-minded Germantown (Madison) came to Central Parkway. While the final set went to extra points, the Lady Jags got the boost in confidence they needed with a straight-set victory over the Lady Mavs. Set scores in the match were 25-19, 25-17, and 27-25.

DeSoto Central coach Margaret Falatko was proud of the bounce back.

DeSoto Central trailed the first set until Emma Claire Story served one of her game-high five aces to tie the set at 8-8. The Lady Mavs retook the lead at 12-8 until the Lady Jags tied the set at 13-13.

The Lady Jags led the second set early before Germantown tied it at 4-4. But DeSoto Central retook the lead and pulled away, taking a 10-point lead at one point at 17-7. The Lady Mavs fashioned a bit of a comeback before DeSoto Central finished set off at 25-17.

The deciding set was close until Germantown grew the margin to 12-7 and forced Falatko to call a timeout. The stoppage didn’t seem to slow the visitors down, however, as the Lady Mavs’ lead increased to 15-10 before the comeback started.

A kill shot from DeSoto Central’s Kennedy Smith brought the set to 17-15 Germantown and after an exchange of side outs, a Germantown volley into the net tied the set at 18-18.

However, the Lady Jags got a side out to tie the set at 24-24, and Kennedy Smith got a shot to fall off a block for a one-point DeSoto Central lead.

“We really focused on doing the little things right,” Faltako said about the last set comeback. “Don’t let the ball hit the floor, run your offense, make sure we’re serving strong and aggressively from behind the service line.”

Lindsey Cowart excelled on the floor with 20 digs.

DeSoto Central plays at Bartlett, Tennessee next Tuesday and will travel to Olive Branch on Thursday.