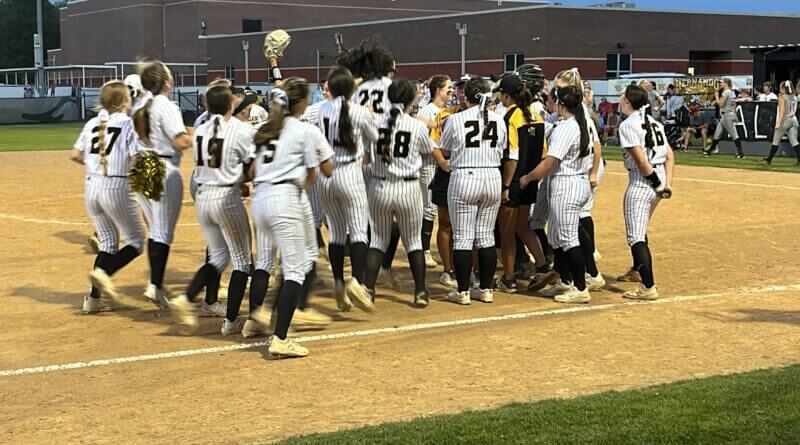 If there’s something the high school fast-pitch softball world in Mississippi has come to realize, it’s that the MHSAA 6A North Half state finalist will likely come from DeSoto County.

This year will be no different, because for the third straight year, not including the pandemic year of 2020, Hernando and DeSoto Central will face each other with a spot in the state finals on the line.

In 2019, DeSoto Central stopped Hernando in three games to go on to a state championship win against Brandon. Two years later in 2021, it was Hernando’s turn with a two-game sweep of DeSoto Central on the Lady Tigers’ way to a state title over Hattiesburg Oak Grove.

Once again, the teams will battle for a spot in the state championship, starting Friday at DeSoto Central.

“That says a lot about softball in DeSoto County,” said Hernando coach Nicki Whitten. “The past three years now we’ve met up with DC (DeSoto County). Lewisburg in round two this year wasn’t easy.”

A four-run third inning was all the Lady Tigers needed to win the game, an inning highlighted by a Janna Shaw two-run homer, along with two other runs in the inning.

Germantown battled back, however, with a home run from Kaliegh Steverson in the fourth to cut the margin to 4-1 Hernando, followed by two more runs in the sixth to get the Lady Mavs within a run. However, Shaw and the Lady Tigers buckled down and sent Germantown down in order to win the game.

Julia Shaw and Avery Taylor each had two hits for Hernando with Janna Shaw getting two runs batted in.

“Germantown is a team that doesn’t give up,” Whitten said. “Kudos to them.”

The series winner will go on to play either Petal or Northwest Rankin for the state championship.

This year’s state championship series is being played at the University of Southern Mississippi Softball Complex in Hattiesburg.  6A games are scheduled for Wednesday, May 18 and Friday, May 20.

Elsewhere…NORTHPOINT CHRISTIAN 5, EVANGELICAL CHRISTIAN 1 – Northpoint advanced in the TSSAA Division II-A West Region tournament with a 5-1 victory over Evangelical Christian (ECS) on Monday. Northpoint scored three runs in the second inning and added single runs in the third and fourth innings to come away with the victory. ECS scored its only run in the sixth frame.

Livvie Sowell led the Lady Trojans from her leadoff position with a triple among three hits and also drove in two RBIs. Faith Ryan also hit safely twice for Northpoint. Sowell struck out five in the complete-game victory in the circle for the Lady Trojans, who now play Trinity Christian Academy in Jackson, Tenn. on Tuesday.

WALLS TO COACH OXFORD – DeSoto Central assistant softball coach Jeff Walls announced on social media Monday that he had taken the position of head softball coach at Oxford High School, once the DeSoto Central season is over.  Walls had joined the staff of head coach Ashley Ford this season. Walls has also assisted the Jaguars baseball program under Mark Monaghan before taking the softball coaching job and in 2016 was appointed athletic director for the school.