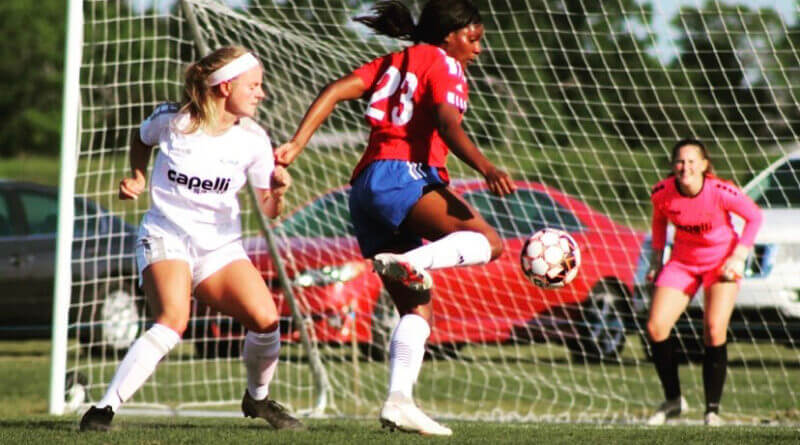 The Memphis Americans recently added four players to its rosters as both the men’s and women’s teams gear up for home openers on Dec. 26. Notable Jamaica native Jowayne Laidley and native Memphian Dustin Hammer join the men’s team, while former Sun Belt Conference standout Ashlynn Jones, and Tanya Crehan, who has three decades of experience, join the women’s team.

“The talent these four players add to the Memphis Americans organization is truly impressive,” said Andrew Haines, Memphis Americans co-owner and president. “Laidley’s talent and notoriety coupled with Hammer’s experience overseas, makes for a big impact on the men’s team this season. I can say the same for Jones and Crehan, too. Those two were superstars in college, and have continued to grow and excel.”

Jowayne Laidley began his soccer career on the streets of Kingston, Jamaica. At age 17, he moved to the United States to pursue his dream of playing collegiate and professional soccer. Laidley spent time with Darton College’s men’s soccer before moving on to play in the professional ranks. Over the years, he has played for several teams including the Chattanooga FC, St. Louis Ambush and Lakeland Tropics. Laidley will continue playing for the National Premier Soccer League’s New Orleans Jesters, as the two team’s seasons don’t overlap.

Lifelong Memphian Dustin Hammer has pursued his dream of playing professionally since age 10. He played collegiate soccer at Williams Baptist University, and has spent time with Memphis City FC and Brito SC in Portugal as a creative forward, striker support, striker, false nine and an attacking midfielder.

Crehan, a mother of two, brings an impressive background and 30 years of experience to the Memphis Americans. The Olive Branch resident played collegiately at Liberty University as a midfielder and striker, earning Big South All-Conference First Team honors. As the wife of Christian Brothers University’s head men’s soccer coach, the sport is a family affair.

“Is it December yet?” said Corey Adamson, Memphis Americans general manager and head coach. “The more players we sign, the more excited I am to see the teams take the field. Things are really coming together. Soccer fans across the Mid-South are in for a treat come Dec. 26.”