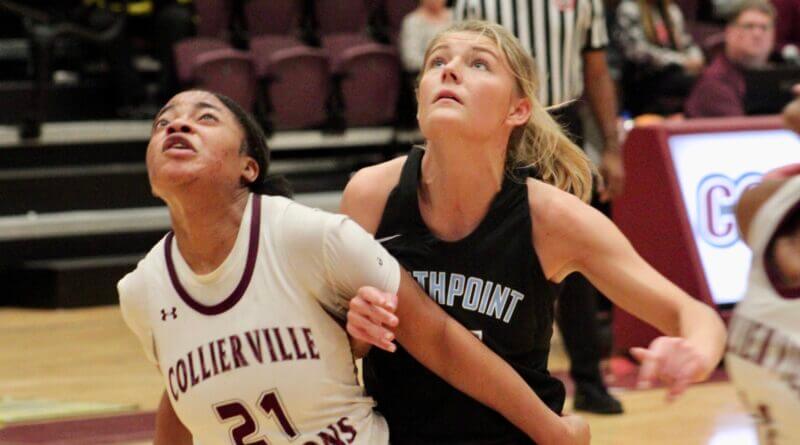 In a low scoring, defensive contest, Wednesday’s finals of the Dragon Fire Invitational basketball tournament at Collierville High School saw the home team win the championship for the first time ever.

It was the 21st annual for the three-day event, and when the championship game was done, the host Collierville Lady Dragons edged the Lady Trojans of Northpoint Christian, which was also seeking its first-ever crown in the invitational girls basketball tournament, 35-31. The Lady Trojans lost for just the second time this season, seeing their record drop to 10-2.

Northpoint, after playing some of its best defensive basketball of the year in Tuesday’s 45-34 semi-final victory over Covington, Tennessee, continued to keep points off the board from Collierville in Wednesday’s championship game.

“Defense from both sides was really good,” said Northpoint coach Barry Gray after the game. “Both teams struggled shooting because defense dictated the game. It was a good learning experience for us to use for the playoffs, because I don’t think we’ll see another defense like that in the playoffs.”

Northpoint’s struggles on offense were quickly indicated by only getting a field goal from Izzy Carlson in the first quarter. The Lady Dragons took advantage and forged an 11-2 lead after eight minutes and in a game like this one, a nine-point bulge was a tough hole for Gray’s Lady Trojans to pull out from.

It was not without effort, however, as Northpoint climbed back within three points on a number of occasions in the second half, the last one coming at 31-28 in the fourth quarter. Collierville recovered and scored seven straight points for a 35-28 lead late in the game. The Lady Trojans scrambled to mount a late comeback by scoring the final seven points, but the deficit was too much to overcome and Northpoint ran out of time. Those seven points by Northpoint were the only points the Lady Trojans scored in the entire quarter.

After falling behind by nine at the end of the first period, Northpoint clamped the defensive pressure down on the Lady Dragons, holding them to only five points as Collierville led 16-14 at halftime.

The teams played an even third quarter with the Lady Dragons holding the three-point lead as the final frame started.

Bethany Wright and Carlson were the mainstays on offense for Northpoint against Collierville and both were rewarded by being named to the all-tournament team. Wright followed her 13-point performance against Covington by hitting for 12 points against Collierville. Calrson added 10 more in the losing effort.