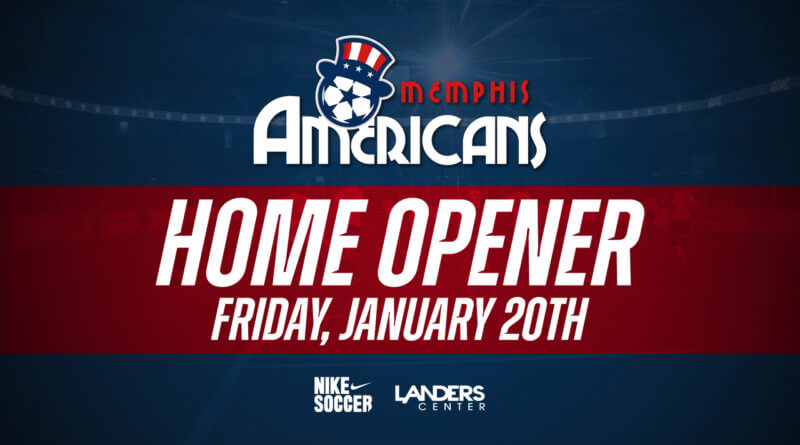 The entire schedule with opponents is still to be announced, but the National Indoor Soccer League (NISL) Thursday announced the home opener dates for all five teams.

For the Memphis Americans, the home opener on Friday, Jan. 20, 2023 at the Landers Center will also be the season opener for the entire league.

The Strikers will get their first taste of league action in their home opener on Sunday, Jan. 29 at Yuengling Center.

The bulk of each team’s 16-game league schedule will be held in the months of February – April, with eight home and eight away contests.

The Columbus Rapids kick off their NISL home opener on Wednesday, Feb. 1.

Finally, the Fayetteville Fury have their home opener on Saturday, Feb. 18 at the Crown Coliseum.

The Rome (Georgia) Gladiators last year played a schedule that had them playing on the road the entire season, as they could not obtain a home arena to play in. The Gladiators will not play at all this season but are expected to return to the league and compete next year.

Season tickets are on sale in each market and are currently featuring team apparel incentives with each full-season ticket purchase for a limited time. To purchase season tickets in one of our five markets, fans can visit each team’s website:

Game times for all matches will be announced with the full season schedule release and that is expected to come later this month.