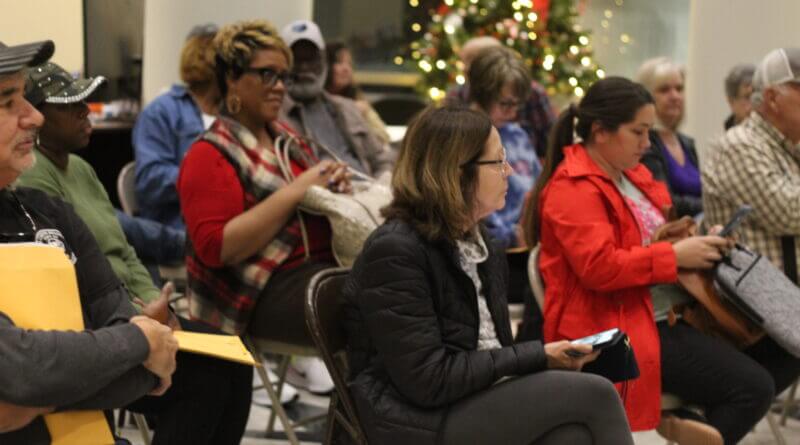 Most of those who went to this week’s Unclaimed Property event at the DeSoto County Administration Building probably didn’t come away with a lot of money, but many of them may have learned they had some money coming to them they didn’t know about ahead of time.

State Treasurer David McRae’s office is going around the state holding events where people can come, check if they have money coming and start a claim to get that money back.

Director of Unclaimed Property Lee Youngblood with McRae’s office, said the state has returned over $60 million to residents over the past three years.

“We’ve put a lot more emphasis on the division,” Youngblood said. “In our first year, we set a record of returning about $20 million, in our second year about $21 million, and I think we’re going to do about $25 million this year.  We’re bumping about $63 million that we have returned to Mississippians since David McRae has been Treasurer.”

Tuesday’s two-hour event in Hernando followed an earlier event in Tate County, where Youngblood said about 200 people attended to check state records. He said it is always surprising the amount of funds Mississippians can find.

“There hasn’t been one event yet where we had at least tens of thousands of dollars in unclaimed money,” Youngblood explained. “Sometimes they know that, sometimes they don’t know it’s out there and they are utterly surprised. We had an individual this week who found out that she had over a million dollars that we returned.”

In-person events are not the only means of claiming your money. You can go to treasury.ms.gov and search what accounts have not found their proper homes. After five years, those unclaimed accounts are entrusted with the state treasury and that’s when McRae’s office begins to look for its owners through the in-person events or online promotion of the program.

“We do the events to raise awareness of the program and the fact that we do have people that have more complicated claims, estates, claims with a lot of siblings involved and different parties involved,” Youngblood said. “It’s helpful to do these things to come out and work with people who work on claims.”

About $3.9 million from DeSoto County are on the state rolls waiting to be claimed. In fact, Supervisor President Michael Lee was at Tuesday’s event because he learned his father has money on the state list. That was information he learned through going to the Treasurer’s Department website and doing a search.

“I just searched and found that my daddy has unclaimed money,” said Lee. “I would never have known if it weren’t for this website.”

You don’t walk away with the cash immediately from the event. A claim is initiated and it is after follow up, if the department determines it is actually yours, the funds will be released to you.

“You can call our office any time, inquire and initiate a claim,” said Youngblood. “You can also go online and search our database of unclaimed money. We have an electronic claims process now which is something new David McRae started where you can file a claim without having to get it notarized.

The average claim is roughly $1,500 to $2,000, so when you go and you look, don’t be surprised if there are several hundred dollars there that you didn’t know about or forgotten about.