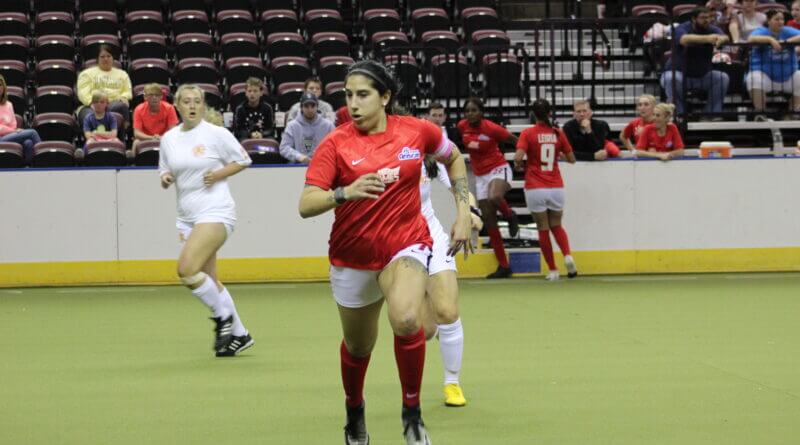 Photo: Alexis Catt is shown in action with the Memphis Americans lasr season at the Landers Center. (Bob Bakken/desotocountynews.com

The Memphis Americans have re-signed defender Alexis Catt for the 2022-23 National Indoor Soccer League (NISL) season.  Catt last season co-captained the Americans to a league-best 15-3 record, while boasting the lowest goals against average, en route to their NISL Championship victory.

“Alexis is one of the most consistent and intelligent players I have coached,” said head coach Corey Adamson. “Her IQ, ability to communicate, and her ability to defend anyone one-on-one is a luxury no other team really had last season. She’s one of the most underrated, but vital players in the game, and we are extremely fortunate to have her on our side again this season.”