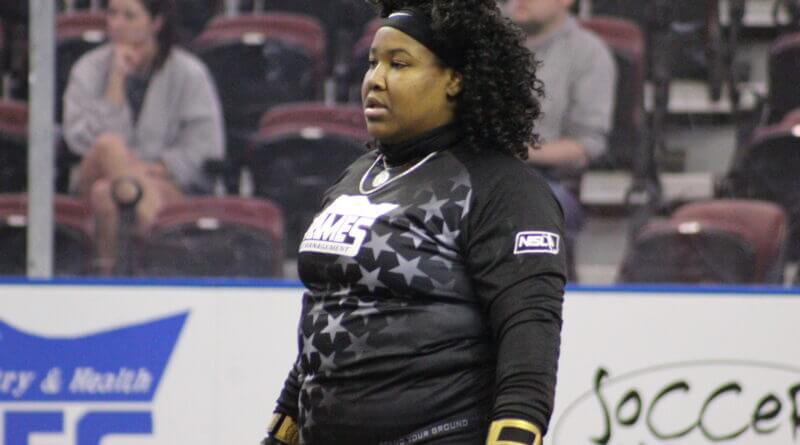 National Indoor Soccer League (NISL) Goalkeeper of the Year Angel Hailey is back with the Memphis Americans for the 2022-23 season, the team announced on Thursday, Aug. 17.

Hailey, who led the NISL in all major categories with 15 wins, .849 save percentage, 2.3 goals against average, and 3 shutouts has officially re-signed with the Memphis Americans. Hailey had an absolutely stellar playoff performance, surrendering just one goal in the team’s semi final win over the Fayetteville Fury, and capped off the season with several key saves in the American’s 5-3 victory over the Rome Gladiators to win the NISL Championship.

Angel, a Southaven native and Southaven High alum, completed her collegiate career at The University of Montevallo before joining the Americans by way of open tryouts.

“Arguably the best goalkeeper in either league wants to run it back for another championship. Angel is the backbone of our elite defense and one of the biggest reasons for our success last year,” coach Corey Adamson said. “Having her back there allows us to be more aggressive upfront, score more goals, and win more games. We are elated to have her back!”

The Memphis Americans will be back in December for their second season in the NISL in what has become a six-franchise league with the recent addition of Tampa Bay and Central Florida (Orlando).