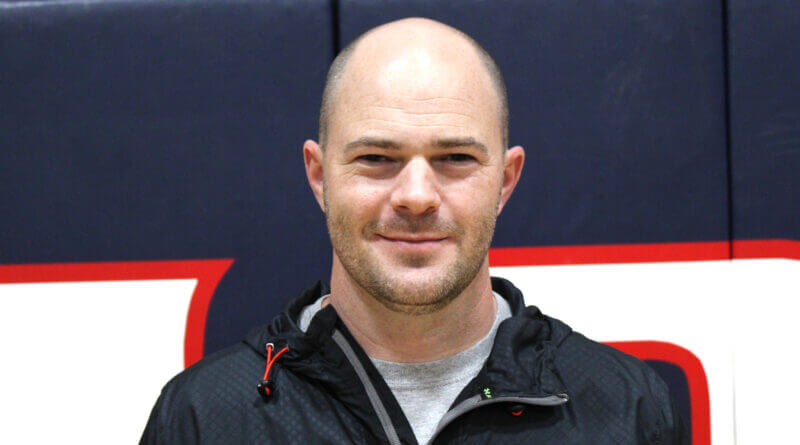 THE VITALS: Lewisburg High School Thursday announced after approval by the DeSoto County School District Board of Education the hiring of Dustin Hectorne as head football coach for the Patriots. The 2001 Hernando High School graduate has been defensive coordinator for the Horn Lake Eagles the past five years.

THE DETAILS: It was a coaching class taken at the University of Central Florida that told Hernando native Dustin Hectorne he was supposed to be a football coach.

“I got into a program there, an exercise science program, but there was a guy who taught coaching classes, Dr. Jeff Duke,” Hectorne said. “Talking to that guy for five minutes and I realized that the dream I had of being a coach is what I am supposed to do.”

That realization led Hectorne to be added to a high school program as a ninth grade coach in the Orlando area and then an assistant at Olympia and West Orange High Schools before returning to DeSoto County to work with Brad Boyette as defensive coordinator at Horn Lake High School.

Today, Hectorne has his own program to run, as Lewisburg High School has picked him to lead the Patriots’ football program,

“It’s something that I have wanted to do for a long time,” said Hectorne. “I’m extremely excited and very honored because I know how hard it is, especially in this county, to get a head coaching job, and especially in a 6A program. I’m very honored and humbled to have this opportunity.”

Hectorne replaces Matt Gehrke, who stepped down shortly after the end of the Patriots’ season. Gehrke was head coach for Lewisburg the past four seasons and this year fashioned a 2-8 record, 0-7 in region play.

One of Lewisburg’s losses this season was to Hectorne’s Horn Lake squad that played a Lewisburg team Hectorne described as “scary.”

“We thought they (Lewisburg) were big up front and we knew they had several backs that were fast and ran hard,” Hectorne said. “They came out and played really hard. There’s talent here. People want to say otherwise but there’s talent here. We were terrified.”

The Eagles did go on to win the game 41-13, but Hectorne recalls the contest was looking like it was going to be a “track meet” as the teams freely exchanged touchdowns early on.

Hectorne will now be on the other side of the sideline and he’s excited to be a part of the vision Lewisburg and athletic director Rusty Cagle have for football in the ‘Burg.

“What I’ve realized is that there is a vision and a plan in place to help that vision become a reality here,” Hectorne said. “It fell right in line with what I see and what I believe. We want to create the atmosphere here where these kids want to be a part of this. It’s my job to sell it.”

The new Patriots coach said much of what he will be doing now will be in evaluating players and determining what type of squad he will have to work with. Hectorne also will be meeting with his assistant coaches in the next few weeks to decide what his staff will look like.

Parents of Lewisburg football players will also be meeting with the new coach at a time yet to be determined.

What will happen in terms of work and fashioning a winning attitude going forward will help decide the Patriots’ success on Friday nights in the fall.

The mentality will also come from realizing how Horn Lake reached a state championship can also work with Lewisburg.

“It was not a successful program by any stretch of the imagination,” the new coach explained. “We can have a similar path here. What it shows is that it is not out of the realm of possibility of the things that you can accomplish being a team in DeSoto County, being a team that maybe doesn’t have a great history. That’s probably the biggest thing.”

Cagle said Hectorne was selected from more than 30 applicants, with coaches both inside DeSoto County and outside the district interested. Six finalists were interviewed, including Hectorne. Cagle added among the finalists were coaches that had won “multiple” state championships.

“I think we have a fantastic program,” said Hectorne. “I’m excited about the things we’re going to be able to do.”