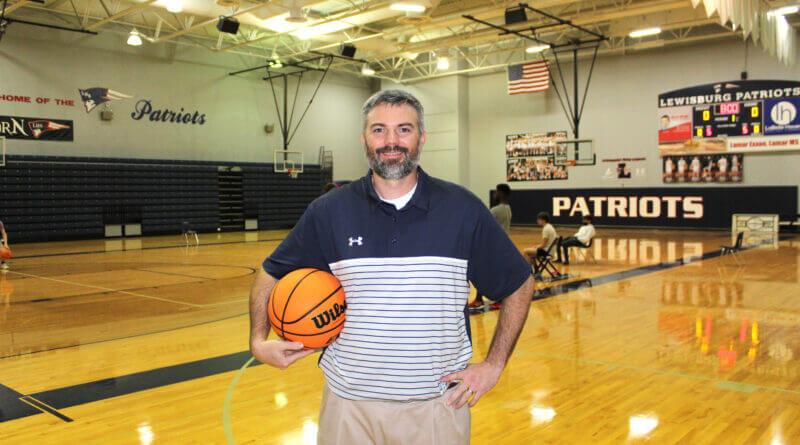 Messages of support, care and concern are flooding social media to the family, co-workers, and students of Lewisburg High School basketball coach Adam Tipton, who passed away Friday evening, Sept. 16, after a brief illness.

Tipton, who at one time also coached the golf programs at the high school, was a mathematics instructor, specializing in algebra and geometry.

Tipton began as boys’ golf coach in 2007 and two years later added the girls’ golf program to his responsibilities.

A graduate of Magnolia Heights School in 2002, Tipton earned a bachelor’s degree from the University of Minnesota in 2007, followed by a master’s degree in educational leadership at Arkansas State University five years later.

Tipton had been hospitalized earlier in the week and Lewisburg High School made the official announcement of his passing Saturday morning.

Several people expressed their thoughts and prayers to the Lewisburg and Tipton family, saying he was well-respected in the Lewisburg community and the basketball coaching fraternity.

The Hernando girls’ basketball team made an appearance at Lewisburg High School Friday to show their support.

UPDATE: The Tipton family will receive friends for visitation on Wednesday, Sept. 21 from 5-8 p.m. at Longview Heights Baptist Church, 4501 Goodman Road in Olive Branch. The funeral service will be held on Thursday, Sept. 22 at 10 a.m., also at Longview Heights Baptist Church. Burial will follow in Memorial Park Cemetery, in Memphis. Memorial Park Funeral Home in Memphis is in charge of arrangements. Tipton leaves his wife Meredith and a young daughter, Chloe.