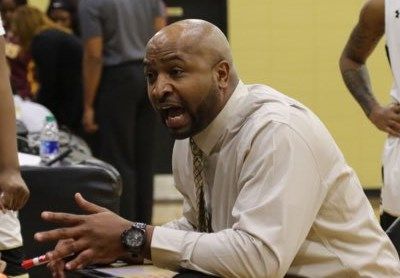 When LaTaryl Williams accepted the Northwest women’s basketball coaching position in mid-July, the Oxford native viewed the return as a chance to do what he loved at a place he loved.

Roughly three and a half months later, the honeymoon phase is still in place for Williams as his Northwest women’s basketball team prepares to begin its regular season on Tuesday evening at Freed-Hardeman JV.

“This place means a lot to me personally,” Williams reiterated on Monday, just over 24 hours before the season-opener. “This is an exciting opportunity to myself and my coaching staff, and my team as well. It just adds more fuel to the fire to strive for success here as a coach.”

Since formally welcoming his team to campus in August, Williams has been pleased with the amount of progress that he has seen out of his group. The Lady Rangers are full of newcomers – 15 to be exact – but the team has grown tremendously, even without suiting up yet for a regular season game.

“One thing that has stood out to me is that we’re very young, but very competitive,” Williams said. “They play with a level of passion that I have not seen in a freshman group since my last year at Holmes as an assistant. They were young, but understood what it took to come out every day and compete in practice. That’s something that has impressed me with this group. We played two exhibitions at Itawamba (last week) and one thing I noticed is how well we play as a group. They played well, shared the basketball and helped each other out on defense, and that type of chemistry is shocking to see with so many new players.”

“Rebekah has been a joy to coach,” Williams said. “She is a competitor on and off the court, she’s aggressive defensively and you can tell she was coached well by Bill Russell at South Pontotoc. She’s eager to learn our system and is always asking questions, in order to be better each and every day. She is going to surprise a lot of people in this league.”

“Marian is tough and as athletic as they come,” Williams added, on Jenkins. “She can score in a variety of ways, run in transition and make the open jump shot as well. We’re going to lean on her versatility to push us over the edge as far as our post players.”

Only one player remains from last year’s squad – Walnut native Claire Leak – and Williams has been impressed with not only her leadership abilities, but her improving skills on the court as well.

“Claire has been great to coach from the first day,” Williams said. “She came in and set the tone right away for the rest of the players to follow. She understands what it takes to be successful in this league. She had a role coming off the bench, but I think she has been thrust into a captain role with more responsibility this year. We are going to lean on her a lot to get our ladies to play each and every night.”

Northwest will waste no time hitting the ground running with its non-conference slate. Following the Lady Rangers’ opener at Freed-Hardeman JV, Williams and his squad will host Dyersburg State on Thursday, November 3 and Blue Mountain JV next Monday, before facing ASU Mid-South and National Park College in the West Memphis-based Greyhound Classic.

“That will be a difficult place to play,” Williams said, looking at the upcoming games at ASU Mid-South. “They’re well-coached and they have had some success at the Division II level over the past few seasons. A lot of these non-conference teams also have new coaches, so we’re really going in blind and we will just have to focus on what we can do ourselves and make adjustments where needed.”

Additional contests against SAU Tech and East Central highlight the remainder of the non-conference schedule, before Northwest dives into MACCC competition on January 5 against East Mississippi. Nationally-ranked Jones College will also make a visit to Howard Coliseum, and road contests at Holmes, Pearl River and Itawamba also dot the remainder of the conference slate.

“The conference schedule will be difficult,” Williams said. “I have seen it from both sides, as an assistant in the old North Division and as a head coach in the former South Division. We’re an underrated conference on the national scale and it’s getting tougher. Six or seven years ago, there were games you could circle as wins on your schedule and that’s no longer the case. Jones is still tough and so is Pearl River, Itawamba and Coahoma has definitely turned its program around as well. Overall, it will be a difficult schedule and each game will be a learning process.”

Though making the playoffs would certainly be a nice way to start his tenure at Northwest, Williams’ top priority is securing wins on the home court.

“Each and every year, you want to put your team in position to make the postseason,” he said. “That is definitely a goal, but winning our home games is important as well. We have to go out and compete each and every game. With so many young players on our roster, there are certainly going to be some growing pains and we will have moments where our youthfulness will be displayed. But if we continue to work each and every day to learn and get better, we will see those improvements from game to game.”

Thursday’s home opener against Dyersburg State and all home contests will be carried on Ranger TV (nwccrangers.com/watch) and Action News 5 Plus, available on Roku, Apple TV and basic antenna (channel 5.5).