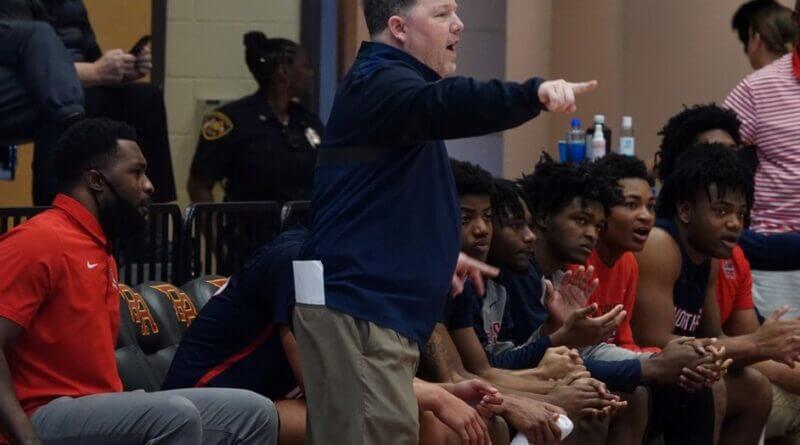 Since Shane Oakley took over the reins of the Northwest men’s basketball program four years ago, postseason appearances have become the norm.

Aside from just barely missing out in his first season despite a winning overall record, Oakley’s teams have made it to the NJCAA Region 23 Tournament in each of the last three seasons, including a run to the semifinals during the 2019-20 campaign. Last year, the Rangers sported an 18-8 record that included nine conference wins, but fell to nationally-ranked Pearl River on the road in the Region 23 quarterfinals.

Now, Oakley returns for his fifth season at the helm and despite losing some experience from last year’s squad, he is optimistic after an offseason full of change, including the hire of a new assistant coach.

“I’m fortunate to have Jamar McKnight on our staff this year,” Oakley said. “He’s a former Northwest player who was excited to return as a coach. He is someone who is loyal to the program and wants to do things the right way, so he is definitely a valuable addition.”

McKnight isn’t the only new face that Northwest fans will see this season. A total of 12 newcomers join the roster this season, while sophomores Jaylon Sanders, Joseph Cooper and Kareem Thompson return. Cooper, an Olive Branch native and one-time Pearl River product, returns after leading the Rangers with 15.1 points per game last season, along with a team-best 120 assists and 33 steals.

Sanders also returns for his third season with the Rangers as one of the last remaining players with COVID-19 eligibility. Though he only notched six starts last season, Sanders made the most of his time on the court during the second half of the season, averaging 7.2 points per game with 50 total rebounds.

“All three of those guys have done a great job in the preseason,” Oakley said. “They have led by example and shown the new guys how we’re supposed to do things. Joseph and Jaylon both played big roles for us last year and they will both do so again this season. Kareem is going to step into a bigger role this year as well, stepping into a more inside role. Practice has been good and fresh, and it has been good to see the freshmen and newcomers progress and figure things out.”

Having such a large group of new players can sometimes leave a lot of questions left unanswered heading into the season. Although the Rangers might not have everything figured out to a tee, Oakley likes what he sees out of his group of newcomers and knows each one brings something valuable to the table.

“I like their grit and their want-to,” Oakley said. “A lot of their execution is raw and we have some skilled guys who can handle the ball well, but they just haven’t done it before at this level. Last year, we knew what to expect coming in, but these guys just don’t have that experience yet. It gives you a little cause for concern, but it’s also exciting. We’re going to press, play up-tempo and throw some new faces out there, and see what happens.”

Shaw and Stampley are both Mississippi natives, having spent last season at Northeast and Copiah-Lincoln, respectively. At Northeast, Shaw played in 13 games off the bench for coach Cord Wright’s club, while Stampley averaged 8.9 points and 4.9 rebounds per game in 21 games for Co-Lin.

“Tiquale can be a good hand for us,” Oakley said on his transfer group. “He can shoot well and he knows the game. Jayvian can shoot it as well and he can add some depth for us at the guard position. Ke’Darius is a tough, hard-nosed player that can give us some experience in that aspect.”

Although Oakley is expecting big things from his sophomores and transfers, his freshmen certainly won’t be taking a back seat. Players like Marquavous Jones, Devin Moore, Terry Joyner, Jordan Ealey and Darren Davis are all expected to contribute in various ways this season, and Oakley says the best is still to come for each of them.

“Marquavous is super-athletic and can play the point for us,” Oakley said, touching on some of the aforementioned freshmen. “Devin is a heck of an athlete that can get every rebound and every loose ball. He could be a real X-factor for us. Jordan is a strong forward type of player that battles strong and Darren has big time experience with a great Olive Branch program. Terry is our biggest guy right now at 6’7 and I like how he has progressed in the preseason.”

“Piney Woods will be a challenge,” Oakley said, on his non-conference slate. “They always bring in some great talent. ASU Mid-South and SAU Tech are both well-coached and they played for their regional final last season. All of those will be challenging for us, especially on the road. All of those games provide good early tests to see what we’re doing well and what else we might need to work on before conference play.”

“In our conference, anyone can beat any team on any given night,” Oakley added. “We have new coaches across the conference and with that comes excitement. Night in and night out, it’s going to be tough. Pearl River, Jones, Mississippi Gulf Coast, Northeast and Itawamba are all tough. There isn’t a single night that you can get an easy win; you always have to show up and play your best.”

While Oakley’s goal is to win the region, it certainly isn’t his only goal in store for his team. In fact, it’s the small goals where he would like for his team to start.

“Our goal is to always win the region so we can advance to the national tournament,” he said. “But within that goal, there are several smaller goals. You want to win all your home games and all of your conference games. With our young group, our goal at the start of the season will be to grow as a team and be ready to play once the conference schedule begins. Small victories add up to big victories. I tell our team that how you do anything is how you do everything. If you do the small things right, the big things will take care of themselves.”

Northwest and Piney Woods Post Grad will tip off at 6 P.M. Tuesday evening, Nov. 1, from Howard Coliseum. Fans can watch the game on Ranger TV (nwccrangers.com/watch) or on Action News 5 Plus, available on Roku, Apple TV or basic antenna (Channel 5.5).