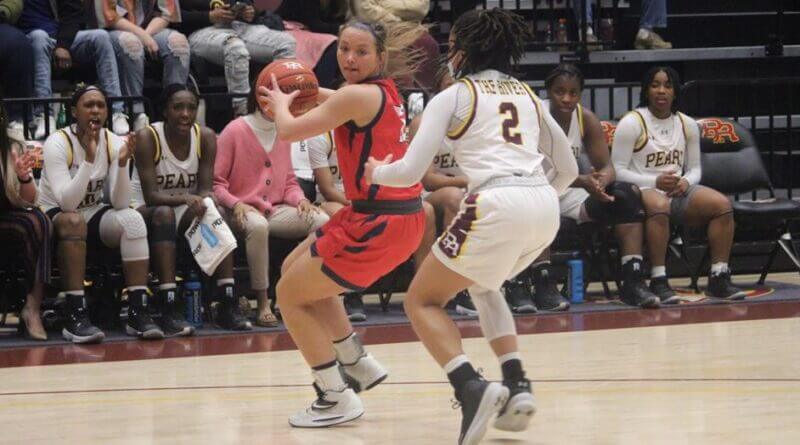 Despite leading for most of the opening quarter, Northwest was unable to withstand a furious run from Jones College, as the Lady Bobcats quickly gained control and never looked back in a 77-50 victory against the Lady Rangers in Wednesday’s MACCC semifinal matchup at Poplarville.

With the loss, Northwest was eliminated from the remainder of the MACCC Tournament, dropping to 15-10 on the season. Meanwhile, the Lady Bobcats improved to 17-7 overall and advanced to the championship game against Coahoma.

Sophomore guard Tierra Trotter took control of the game in the initial stages of the opening quarter, scoring 11 of the Lady Rangers’ 14 points. Despite the hot start from Trotter, the Lady Rangers watched as their 9-4 lead evaporated into an 18-14 deficit entering the second quarter.

Back-to-back three-pointers opened the second period for the Lady Bobcats and sparked a dominant 10-minute run for Jones College, as the Lady Rangers were outscored 17-5 in the quarter for a 35-19 halftime deficit.

Although Northwest never stopped playing in the second half, Jones College also never let up, keeping its starters in for a majority of the second half. Leading by 20 at the end of the third, the Lady Bobcats outscored the Lady Rangers 21-14 over the final 10 minutes of regulation, cruising to the 27-point triumph.

Despite the loss, Trotter posted another solid 20-point outing for Northwest, scoring 24 points on the evening, along with six rebounds. Kolten Blakeney finished with eight points and seven rebounds, followed by eight points off the bench from Claire Leak.

Meloney Thames led the Lady Bobcats with 26 points, while Sakyia White tallied a 17-point, 13-rebound double-double. Jones College also shot 42 percent from the floor, compared to 32 percent from Northwest, while the Lady Rangers were also bested 51-38 in total rebounds.

Next up for Northwest is the NJCAA Region 23 Playoffs, which are scheduled to begin on Monday. Those matchups and the rest of the bracket will be announced on Friday, with full details being released on nwccrangers.com when available.