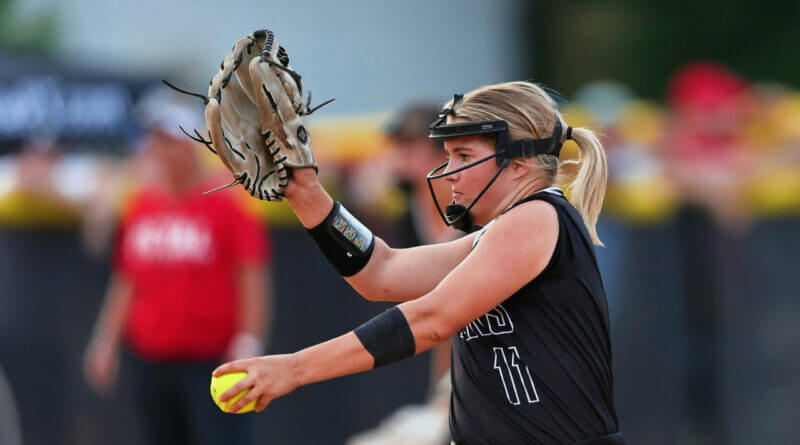 The Hernando High School softball team finds itself one win away from repeating for the second straight year as MHSAA 6A state champion after its 3-1 victory over Petal Wednesday.

The Lady Tigers play Petal again Thursday at 5 p.m. in the second game of the best-of-three final series. All games in the state tournament this year are contested at the USM Softball Complex in Hattiesburg.

The Lady Tigers got six hits off losing pitcher Natalie Herrington.  Janna Shaw pitched to one hitter in the seventh for Hernando but gave up a home run to Kinley Hogue.

After two scoreless innings for both teams, Hernando took the lead in the third on a sacrifice fly by Avery Wolfe. Ally Agner scored from third after reaching base on a single and went to third on an error by Herrington.

Hernando scored two more runs in the fifth inning for a 3-0 lead after a pair of doubles hit by Wolfe and Janna Shaw. Rylee Eyster reached base on a bunt single and scored on Wolfe’s double, who would then score on the two-base hit by Shaw.

Eyster and Wolfe led the offense with two hits apiece, with Wolfe credited with two of the three RBIs.

Kinley Hogue and Emma Kate Fimiano led the Lady Panthers’ offense with two hits each and Hogue drove in Petal’s lone run of the game with her solo home run in the seventh.

Herrington struck out five for Petal while Julia Shaw also fanned five for Hernando but walked two.  Janna Shaw faced one batter in the seventh but gave up the home run to Hogue.