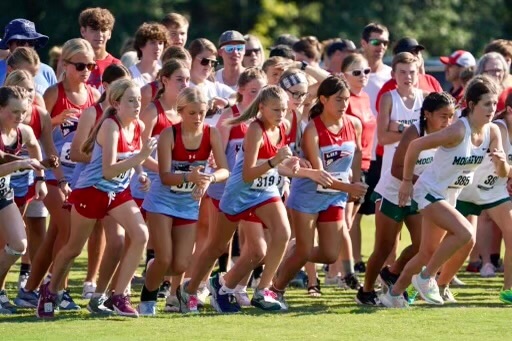 In the boys’ 4A-5A-6A division, Hernando finished third in the team standings to first-place Saltillo and second-place Arlington. Saltillo finished with 27 points and Arlington was next with 43. Hernando’s third-place score was 110 points.

Lewisburg, as a team, was eighth with 212 points and Center Hill took the final spot in the 11-team field with 310 points.

Graham Weiss of Hernando, a junior, was second in the individual boys’ division race with a time of 16:37.19.

Their efforts led the Hernando girls to an easy win over Saltillo (20-71) for the team title.  Lewisburg was sixth with a score of 142 points and Center Hill was right behind with a score of 206.

Freshman Rylee Blanchard paced the Lady Patriots with a seventh-place finish in a time of 22:11.60, and Center Hill was led by junior Olivia Sutter, who was 12th in a time of 23:05.50.