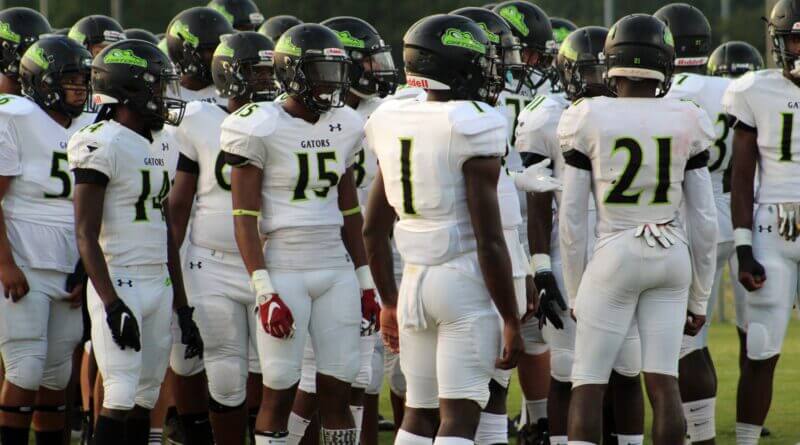 If there is anything that the Lake Cormorant Gators football program learned last season, it was that you never knew what players you would have at kickoff on Friday night.

But, this predicament, due to the pandemic, provided more experience for others, and Gators’ coach Nick Nester is hoping this will prove valuable in the 2021 season.

But, despite the challenges of last season that plagued possibly every football program in America, the Gators went 7-3, making it to the first round of the playoffs where they lost to the Titans from Ridgeland, a team they beat in a dominant victory in 2019 in the playoffs 61-25.

But postseason play is nothing new for the Gators as they have made the playoffs every year since 2015. In 2014, however, Coach Nester said they took a hard look at the program from practice structure to strength and conditioning after the team did not win a single game, 0-12.

Now, the Gators are a major player in MHSAA 5A play in Mississippi. This is a team that beat West Point in the 2020 season 35-26, and the Green Wave went on to play for the state title but lost to West Jones.

“If you can beat West Point, you can beat anybody,” according to Coach Nester, and that winning mentality is what will carry them this season as they take on divisional competitors West Point and Lafayette, among others.

It may end up that the Gators have to play these teams twice pending playoff prospects, and Lafayette does have “everything they need to be successful.”

Lake Cormorant is looking to find strength in their seven returning players on offense, including the star quarterback Telvin Amos, Jr. Amos threw for 911 yards last season and rushed for 649 yards.

If Amos is not a threat enough, coach Nester believes in the importance of a strong line; “If you are not good up front, you will get beat.” On the defensive side of the ball, only three starters are returning, but the Gators have had a consistent strength and game plan that has carried them to the playoffs six years in a row.

As the division has changed, however, Lake Cormorant will not have to play Center Hill this season, significant because the Mustangs delivered the Gators their first loss last season. It seems, however, that the schedule does not affect the game plan and strategy of Coach Nester.

“It is all about what they do on Friday nights,” said Nester. “The message is clear, do what you’re supposed to, and you’ll be there in the end.”

This mindset will be the driving force for the Gators as they will take on the West Point Green Wave in the Swamp on Oct. 15, and they look to beat Horn Lake again this year in the annual Lake Bowl on Sept. 10. The Gators won against the Eagles last season at Horn Lake, and this year, this matchup will be played at home.

Regardless of the opposing team, the Lake Cormorant Gators win decisively when they win, and winning has become a routine for the boys in the Swamp. Coach Nester pushes for his players to “focus on us and get better every day – be better than the other team.”

The Gators will try and prove that as they begin their season on the road at Lewisburg on Aug. 27. Home matchups include DeSoto Central and Horn Lake before starting division play on Sept.  24. With the 2021 season days from kickoff, will the Gators be there in the end? It will all come down to what they can do 60 minutes at a time on Friday nights this fall.

You can find the Lake Cormorant football schedule on the MaxPreps website.