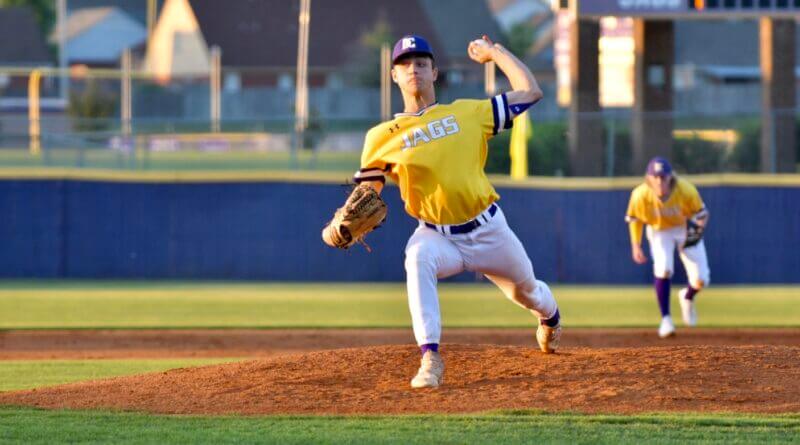 Here’s a recap of some of Friday night’s prep playoff action involving teams from DeSoto County.

Bradley Loftin fired a three-hitter and struck out 12 Germantown Mavericks in the series-clinching victory for the DeSoto Central Jaguars Friday night, as the Jaguars swept Germantown in two straight games.  DeSoto Central scored single runs in each of the first three innings and clinched the series with a pair of runs in the sixth.  Germantown didn’t help their cause with five fielding errors in the loss.  Josh King drove in a pair of runs and Kristian Sprawling picked up two hits to lead the Jaguars’ offense. DeSoto Central meets Tupelo in the third round. The Golden Wave swept out Oxford in two straight games to advance.

The Yellowjackets completed a surprising two-game sweep of the Patriots with their second one-run victory in successive nights.  Starkville scored all the runs it needed with two in the first and one more in the second inning. Lewisburg cut into the lead with a run in the fourth and tried to rally in the seventh, scoring a run, but couldn’t get the tying run to score in their last at-bat. Cade Greer led the Lewisburg offense with a pair of hits, including a double.  Brayden Sanders was tagged with the pitching loss, allowing three earned runs. Sanders struck out five and walked four in three innings pitched. Reliever Josh Pack fanned two and held Starkville scoreless in his three innings of work.

The Rockets rebounded from a Thursday loss to the Mustangs to force a deciding third game of the series Saturday in Philadelphia, Mississippi. Neshoba Central took command of the contest with a four-run third inning for a 4-0 lead, and Center Hill responded with a run in the bottom of the same inning. The Rockets also scored twice in the fourth and added single runs in the fifth and again in the sixth.  The Mustangs scored twice in the fifth and added another run in their last at-bat in the seventh. Landon Scruggs and Braxton Miller fashioned a pair of hits to pace the Center Hill offense, and Collin Clark stroked a double among his two at-bats Friday night. Scruggs suffered the loss, allowing six runs (one earned), striking out two and walking two in 3.2 innings pitched.

The Tipton-Rosemark Academy Rebels scored a run in the fifth inning and then made it stand up in a 1-0 winner’s bracket victory over Northpoint Christian Friday night. The loss for the Trojans means they will need to come back through the loser’s bracket of the TSSAA Division II-A West Region tournament with a Saturday afternoon home game at 2:30 p.m. Winning pitcher Noah Roland was stellar on the mound for the Rebels, striking our 14 Trojans while allowing a lone double by Anthony Zarlingo as Northpoint’s only hit of the game. Losing pitcher James Smith was also strong on the mound, giving up just two singles to TRA batters. Reliever Carson Fox struck out four TRA batters in his two innings on the mound.