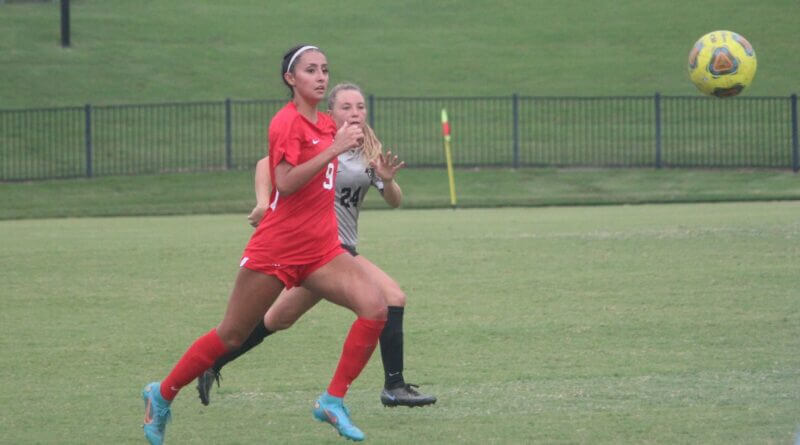 Roughly 24 hours after being voted as the MACCC Women’s Soccer Offensive Player of the Week, Northwest Mississippi Community College freshman forward Jadyn Duran has caught the eye of the NJCAA, earning the organization’s weekly Division II Player of the Week honor on Wednesday morning.

Duran is the first Lady Ranger to earn NJCAA Player of the Week honors since the 2017 season, when former goalkeeper Liv Nault won the honor on Sept. 6.

Duran, a native of Las Cruces, N.M., scored five of her six season goals in three wins last week. She earned a goal and an assist in an 8-0 victory at Southwest Tennessee last Tuesday, before scoring two goals apiece in victories at Dyersburg State (Aug. 31) and Mineral Area College (Sept. 3).

For the season, Duran has taken 26 total shots with 19 of those on target. She also has two assists in her season stats, each occurring in victories against National Park College and Southwest Tennessee.

Duran is one of several key players that have guided Northwest to a 4-0 start and a No. 10 national ranking by both the NJCAA and Verizon/United Soccer Coaches polls. During the season-opening span, the Lady Rangers have outscored opponents by a whopping 33-1 margin. The 13-0 season-opening victory against National Park College marked the Lady Rangers’ biggest win since the 2006 season.

Northwest will take an extended break from action before resuming competition at No. 6 Jones College on September 16. It will be the conference-opener for the Lady Rangers, with kickoff set for 5 P.M. in Ellisville.