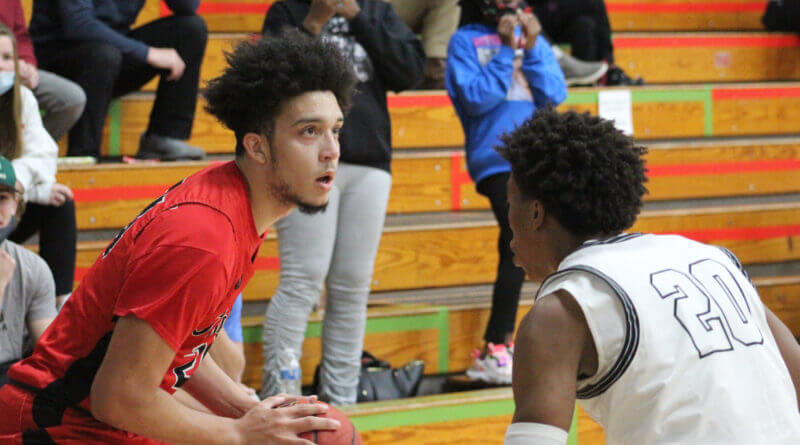 Kaeden Laws of Center Hill (left) is shown in action in a recent game against Houston (Germantown, Tenn.). Laws is among all-star players named for the Mississippi-Alabama game March 12 in Montgomery, Alabama. (Bob Bakken/DeSoto County Sports)

The group will include three who will play for the North 4A/5A/6A team on March 20 in Clinton during the annual North-South battles at Mississippi College.

The trio playing in Clinton for the North-South game are Rhema Pegues and Addison Howell of defending MHSAA 6A state champion Olive Branch, along with Abbey Harrison of Hernando.

The two players from DeSoto County on the Mississippi-Alabama rosters will be Kaeden Laws from MHSAA 5A state runner up Center Hill and Taylor Woodhouse of Southaven.

Ripley’s Steve Willy and Jason Broom of Neshoba Central will coach the North girls’ squad in the 4A/5A/6A game..

Bill Smith of Choctaw Central and Devin Hill of Biloxi will coach the Mississippi girls’ team, while Brookhaven’s Marcus Flippin will lead the Mississippi boys’ squad, assisted by Kendrick Davis of Wayne County.