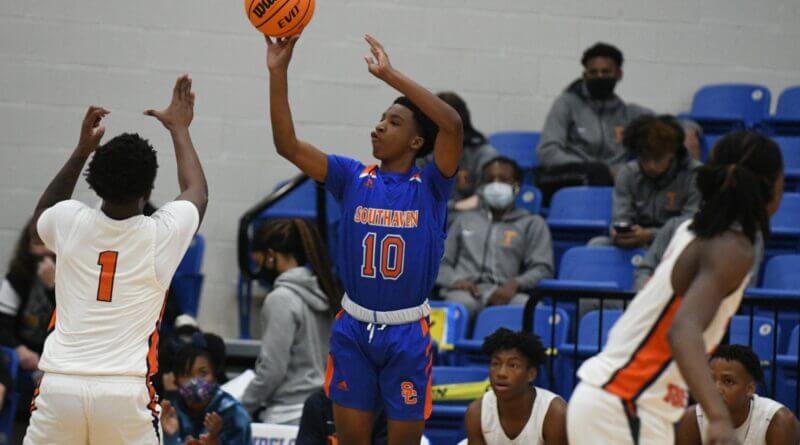 Southaven travelled to the Hound Dog Classic in Tupelo on Saturday to take on the Wayne County War Eagles and came away with a big win to start the season off with a victory.

The Chargers used a barrage of three pointers in the first half to build a 37-22 advantage en route to a 70-52 victory.

The Chargers got three pointers from five different players and six players contributed at least 8 points in the winning effort.

Ian Jeffries led with 17 points. BJ Morgan, who was named player of the game, orchestrated the offense and put up 11 points. Rodarius Donley had 14 points while Jordan Jennings and Terrence Smith each had 8.

More pictures from Saturday’s game will be on the Desoto County Sports facebook page and on instagram (sportsmississippi).