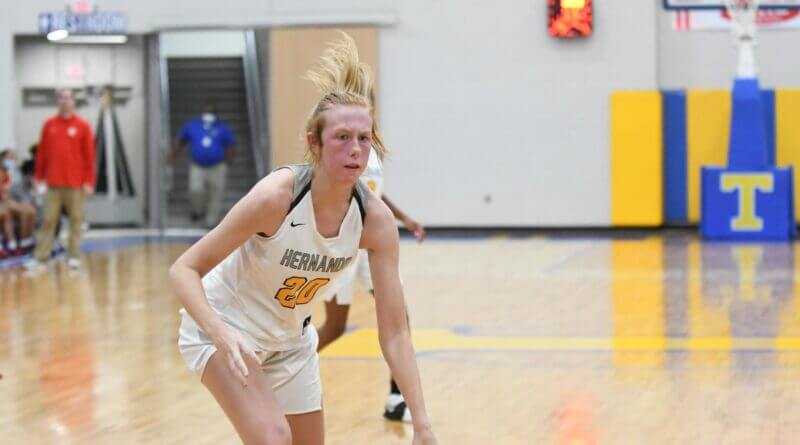 Hernando picked up a quality win at the Hound Dog Classic on Saturday thanks to dominant post play, swarming defense and pushing the pace when possible on offense.

The Lady Tigers took out the Lafayette County Lady Commodores 51-37 in the opening game of the season at the Classic contest in Tupelo.

A’Kiah Martin and Victoria Walton each created a turnover and hit a three pointer in the first quarter while Center Abbey Harrison showed her versatility, tallying a pair of rebounds, a block and a breakaway layup as Hernando built a 14-5 lead in the first quarter. The Lady Dores came storming back to tie the game at 14 thanks to a 9-0 run built around 7 Karizma Norphlet points and a driving bucket from Mariah Jones.

The second quarter saw the Lady Tigers crank up the defensive intensity on the perimeter and in the paint, with the pair of Harrison and Emme Muizers altering multiple driving shots from Lafayette County. Muizers would lead Hernando in scoring with 8 first half points as they took a 28-19 lead.

In the second half and clinging to a lead, Hernando would use excellent drives to the basket from their guards and get a dominant performance on the offensive and defensive glass from Harrison to go along with her 13 second half points as they closed out the contest.

Harrison would be named the player of the game with 17 points, 11 rebounds and 4 blocks. Andrea Manning and Muizers would finish with 8. Walton would chip in 7.

More pictures are available on the DeSoto County Sports facebook page thanks to our game sponsor, Murphy Brothers Trading Company.