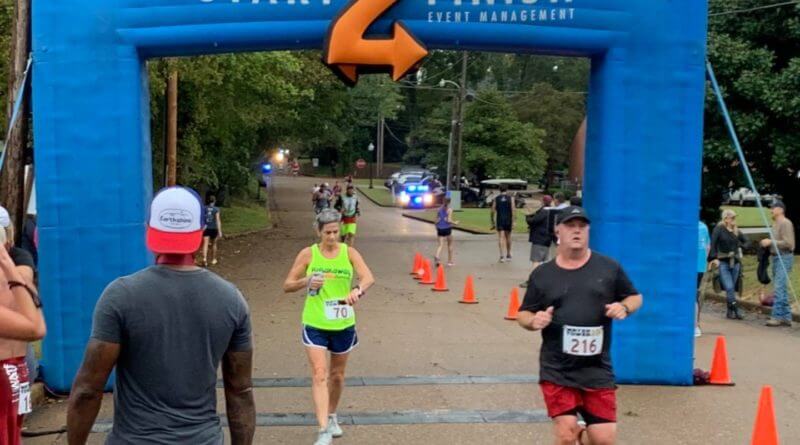 Ryoma Ando of the Columbus Air Force Base had the fastest time in the 11th annual Water Tower 10K race event through the streets of Hernando last Saturday, Oct. 10.

There were 301 total runners in this year’s event, 146 female runners and 155 male runners.

Both Fernandez and Myers were integral in the operation of the Hernando Water Tower 10K, but both passed away last year. Fernandez died in April 2019, a victim of a heart attack. Myers passed away in January 2019 after a long battle with cancer.

Fernandez marked the course for the Water Tower 10K and Myers was in charge of the pottery award pieces given to the runners.

As award winners, Carpenter and Jackson each received $250.

“There were safety protocols in place for the health of the runners, volunteers and staff, including a digital start to allow for social distancing at the beginning of the race, hand sanitizers, and other safety measures,” said Matheny. “As an outside event in the open air, participants ready to improve their health, and guests enjoying the comradery of the families, friends and runners the 6.4 mile race was a success.”

Matheny noted the rain from the remnants of Hurricane Delta that fell in the area held off for the most part until the race had finished.

The Hernando Excel By 5 Dolly Parton Imagination Library (DPIL), which is an early literacy program to provide children from birth to age five free books. About 500 youngsters are enrolled in the Hernando program, which costs about $12,000 annually. Local donations and the Water Tower 10K event helps raise money for the DPIL program in the city.