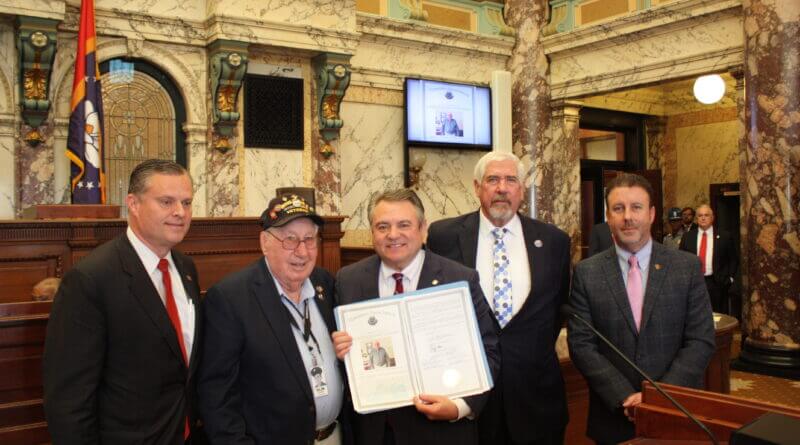 World War II hero and former Prisoner of War Olin Pickens of Nesbit was given a standing ovation and celebrated by the Mississippi Senate on Tuesday, March 29 with the presentation of Senate Concurrent Resolution 547 commemorating his 100th birthday and service to America.

Pickens told senators about his capture, detainment, and his subsequent release and how his faith in Jesus kept him alive throughout his ordeal.