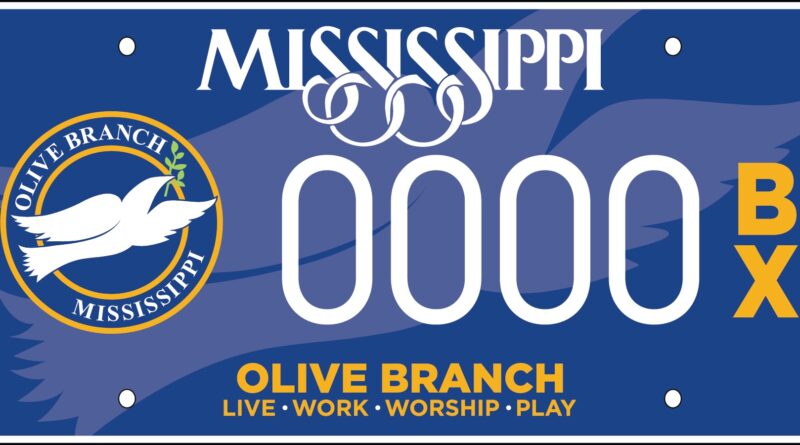 Olive Branch city officials said the city is still taking pre-registrations for a new Olive Branch specialty plate, but the necessary goal has not been reached, yet.

To pre-register, residents may go to the City of Olive Branch website to download a form, or pick up a form at City Hall.  The original COMPLETED form must be returned in person to City Hall. The City must have the original form signed by the applicant.

You can either drop it off in person or mail it to Olive Branch City Hall, 9200 Pigeon Roost, Olive Branch, MS 38654.