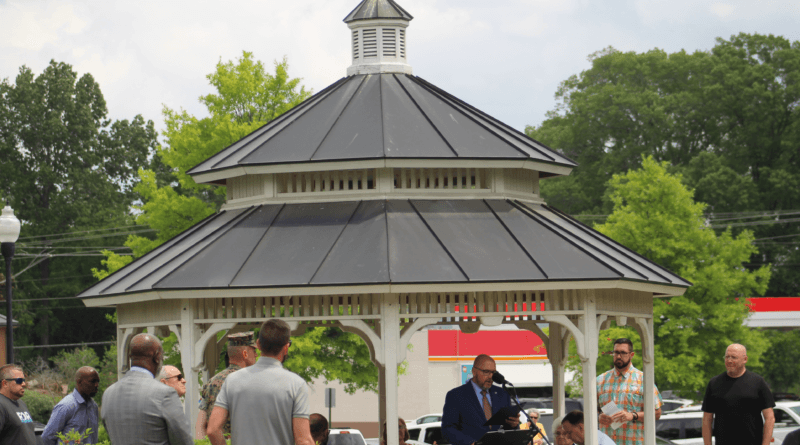 National Day of Prayer observances were held Thursday in Olive Branch and at the DeSoto County Courthouse in Hernando. The theme for this year’s nationwide observance is “Exalt the Lord who has established us,” from Colossians 2:6-7.

In Olive Branch, Mayor Ken Adams began the program by reading a proclamation declaring Thursday, May as National Day of Prayer Day in the city.

The program ended with the singing of the Doxology, led by Brother Bill Britton of First Baptist Church of Olive Branch.

Following are the participants at the morning program in front of the DeSoto County Courthouse:

The National Day of Prayer is an annual observance held on the first Thursday of May, inviting people of all faiths to pray for the nation.

It was created in 1952 by a joint resolution of the United States Congress, and signed into law by President Harry S. Truman.