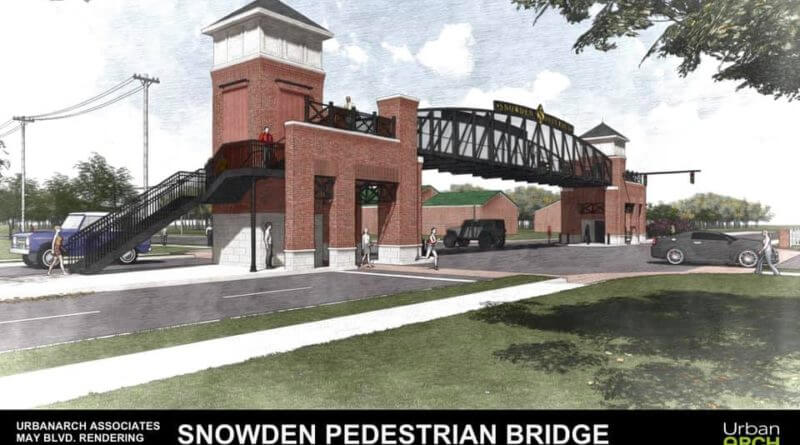 Southaven Mayor Darren Musselwhite Friday provided more details about the May Blvd. Pedestrian Bridge that will be constructed over Getwell Road between Silo Square and Snowden Grove Park.

Musselwhite made mention of the project during the Mayor’s Report portion of the Board of Aldermen meeting on Tuesday, Oct. 20. The initial renderings were also shown to aldermen.

Friday, Musselwhite detailed the progress of the project, expected to be put out for bid later this year. Cost is expected to be in the range of $1.9 million with completion expected in September 2021.

Rendering images are found below and the Mayor’s Report blog post on the pedestrian bridge project is found when you CLICK HERE.