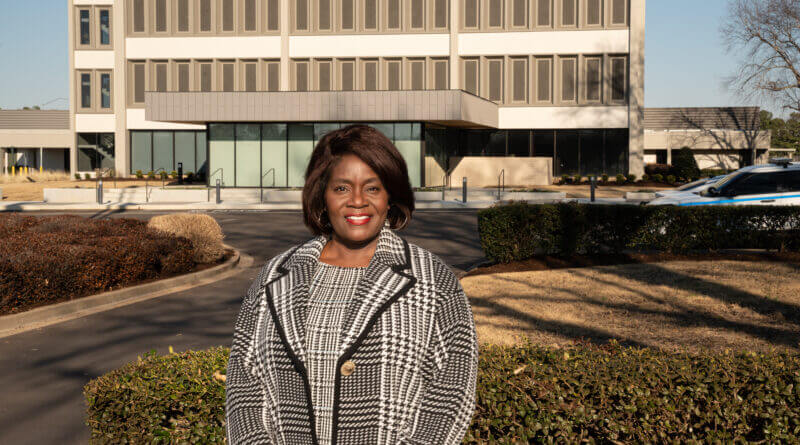 The following information is provided by the candidate.

Pam McKelvy Hamner joins the surge of women taking part in local governments across the country, hoping to add some diversity to the Southaven Alderman board.

The former Mid-South television broadcaster is officially a candidate for Alderman in Southaven, Ward 6 in the municipal election Tuesday, June 8, 2021.

McKelvy Hamner, spent more than 30 years reporting on complex community policies and government as a television broadcaster.  “I’ve always had a passion for how policies affect people, particularly my community. I grew up in a single parent home and went to public schools.  I believe a person’s future shouldn’t be limited because you’re born poor.”

African Americans make up nearly 30% of the tax base in Southaven, yet (Southaven) has never had a Black Alderman in its 41 year history. “Representation matters when decisions are being made for all of us.”

“Mississippi is a diverse state and our future is dependent on how we move forward and progress together. To me that means inclusion and not exclusion. I am running to be a part of the Magnolia State where our future is greater than our past. The Confederacy is not the best of Mississippi’s history. It is time for Mississippi to move forward. As Maya Angelou said:  When you know better, do better.”

Mississippi continues to lose population despite other southern states like Georgia attracting citizens. Economic and educational opportunities still evade the state when it comes to retaining talent. Young Mississippians tend to leave heading to greener pastures outside the state. “I believe we have to fight to retain our youth and show them we believe they are our future.

McKelvy Hamner spent ten years anchoring/editing/producing at WREG-TV (CBS) Memphis, covering the mid-south communities and serving on civic and community organizations including but not limited to Big Brothers Big Sisters and Girls, Inc. During this time, she developed relationships with people in the community representing different faiths, and all walks of life. “I would say being able to talk to students off the (anchoring) set, going to the schools and telling the students that they too, could become journalists or whatever career they were willing to work diligently to achieve had a great impact on me.”

In 2013, while undergoing treatment for Breast Cancer, McKelvy Hamner made national news taking off her wig on WMC-TV 5 during a broadcast of the 4 p.m. newscast she anchored with Jarvis Greer. The nine-year survivor revealed her natural hair and reported on the restrictions and limitations of African American women in broadcasting when it comes to wearing natural hairstyles.

The viral reveal resonated with women all over the world.  “I heard from mothers who were grateful I promoted my natural hair because it gave their daughters inspiration to love themselves unconditionally.”

McKelvy Hamner is a lifelong Democrat who enthusiastically applauds the party’s platform:  Democrats believe healthcare is a right, diversity is a strength, the economy should work for everyone and facts matter.

In 1988, while a student at Grambling State University, McKelvy Hamner joined the campus NAACP supporting Jesse Jackson for the Democratic Party Presidential nomination.  The experience sparked the young woman’s interest in the democratic process of the Republic.  The Democrat is currently a proud member of the DeSoto County Democratic Party in committees and is the recording secretary-elect for the DeSoto Marshall County Federation of Democratic Women. McKelvy Hamner is a 17 year member of Brown Baptist Church having represented the church in programs to support breast cancer survivors, as well as serving as an emcee for Pastor Bartholomew Orr’s 25th church anniversary.

A familiar resident, McKelvy Hamner is married to Dabney Hamner, M.D. of Methodist Healthcare in Olive Branch, MS. The couple married in 1999, when Church Road was two lanes, and have lived in Southaven for more than 23 years. They have a teenage son, Ian who wants to be a pilot.

Learn more about Pam McKelvy Hamner and her campaign by contacting her at:

This is a paid political advertisement paid for by the candidate.