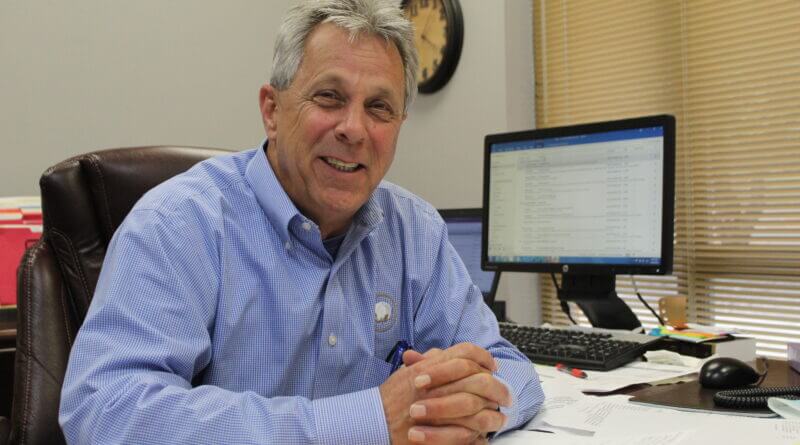 The following information comes after an interview with the candidate. Answers may have been edited for clarity but not for content.

Q. Why are you running for re-election?

I don’t think I’ve accomplished all that I want to accomplish. You can’t do it all in four years.You’ve got a learning curve and we built good relationships. I think I can get more done with what the city needs.

Q. What has been accomplished?

McIngvale Road interchange and realignment, that’s number one. That totally started with us hiring the engineers and the contracting engineer, also.  We really expedited that with MDOT.

The linear park project started about 2009, got funded in 2012. We got it back on track, got it accomplished, and we should have it completed in a couple of months.

We’ve had a lot of improvements to Renasant Park and Conger Park. We’re trying to finish the comprehensive plan for the city. That’s under the City Planning Department.

Adding a second ambulance for the city was also a great accomplishment.

Q. If elected, what would you like to have accomplished, or what needs to be done in your next term?

Infrastructure, really concentrating on infrastructure, water, sewer, and roads. But, as you know, it takes the majority of the board to support me to implement these projects. I do have plans and applications for grants, loans and things like that.

Q. A lot of what you have mentioned for accomplishments or what you want to see accomplished is going to take money. What is the situation of the financial health of Hernando?

We’re improving. I do have concerns any time with a lower budget than what I’d like to see. We’ve got some more businesses, our sales taxes have increased. AWG (Associated Warehouse Grocers) will be a good plus to the city. Everybody just thinks it’s a warehouse but it’s more than just a warehouse. It will have a very automated system on the inside which will carry some personal property taxes.  It should be taxed higher than just a normal warehouse because of that additional personal property.  We did have to borrow some money through the Mississippi Development Authority to get some services there, but the good thing about that is if anyone else comes we won’t have to add those services. They will already be there.

Q. What can be done, or what are you going to do to alleviate traffic issues on Commerce Street, the congestion and traffic flow, and the interchange?

The interchange is an MDOT project. That would be called a capacity project and MDOT does not have funding for capacity projects. They’ve been cut. We have looked at the engineering plans of it. I don’t know what the engineer’s estimate but they’d be way up in the millions (of dollars), probably in excess of $20 million or so. There are other ways to pursue money for that and I will do that. McIngvale Road, hopefully, will relieve some of that coming in there. Our traffic does indicate that people want to be there.

Q. What makes Hernando the ‘place to be’?

It’s been that way for quite some time, with it being the county seat. When I was young, growing up here, we were pretty much the commerce of DeSoto County. We had three car dealerships and we had three tractor dealerships and multiple businesses. Most of the trade was in Hernando throughout the farm and agriculture industry. Hernando has been a unique place. It became famous with the wedding chapel during wartime. It used to be a town you had to move out of to get a really good job. Now, you can live here and still have a really good job.

Our average age is now at 37 and the majority have a college degree. We’ve become a highly-educated city.

Q. Will you be able to work with a potential turnover of aldermen on the Board of Aldermen?

I hope I can build relationships with the board coming in July and we can do a lot together. It’s all about establishing relationships, working together and compromising.

This is a paid political advertisement paid by the candidate.