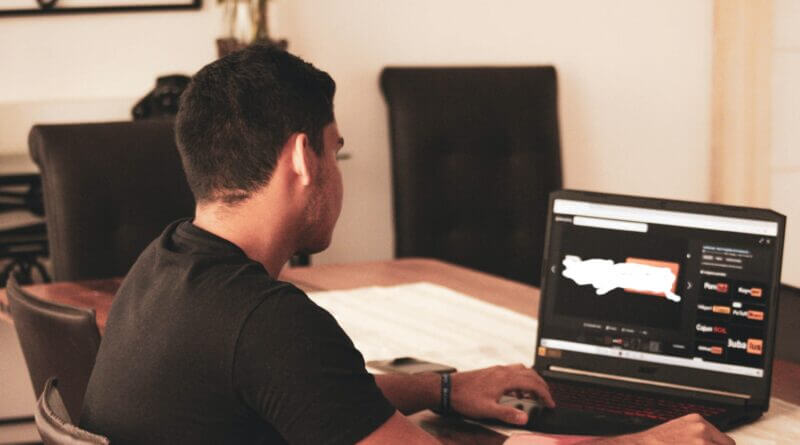 A recent arrest has placed a spotlight again on an issue with children, their access to the Internet, and what may lurk on the dark, other side.

Johnathan Cade Mitchell, age 22 of Hernando, is currently being held in the DeSoto County Adult Detention Center. Mitchell is charged with enticement of a child to meet for sexual purposes.

Mitchell was arrested on March 1 and is being held on $1 million bond. He has a court appearance scheduled for April 27 in DeSoto County Circuit Court.

DeSoto County Sheriff’s Department Criminal Investigations Sgt. Chip Logan could not speak specifically about this particular case.  But we asked Sgt. Logan to speak in general about how children could be lured on the Internet and how parents can prevent their children from being enticed by predators wanting to do their youngsters harm.

Logan said most everyone today has Internet access but that also means the Internet has access to you, and your children.

One admonishment Logan has is that youngsters should not blindly and easily give out personal information to someone they may not know.

“Don’t talk to strangers and don’t give out your personal information, be it your actual name, your address, or where you go to school,” Logan said. “Those are the kind of things people don’t need to know, especially if you don’t know who they are.”

In fact, Logan said unless he knows the person he is communicating with, he is very skeptical.

The Sheriff’s Department offers classes for parents to learn more about Internet safety with their children and Logan said there’s one rule he tries to impress on parents.

Another tip Logan has is the need for parents to know all of the passwords to applications or devices their children may have available.

“I’m not saying that you need to cut them off from communicating with the world because that’s how they communicate with their friends,” Logan said. “You just need to be aware who they are talking to.”

Some applications, such as SnapChat, also have age restrictions, stating their service is not to be used below a certain age, such as age 13, for instance.

Sadly, Logan said an arrest, such as what happened in the case Mitchell is involved in, is not uncommon in the county.

“We have had several complaints where someone picks up their child’s phone, actually looks at it, and reads a conversation,” Logan said. “To them it doesn’t seem right and they’ll ask us to look at it to see what we can do from there.”