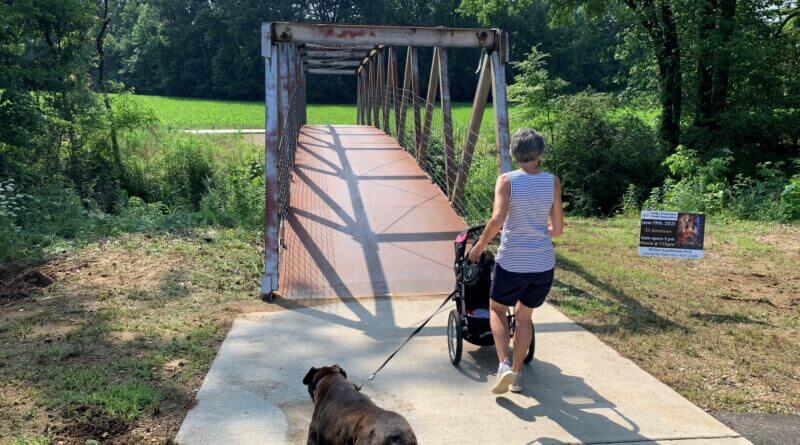 The city of Hernando held two ribbon cutting ceremonies on Friday, one to officially open a new trail at Renasant Park and the other to open a linear park in the city.

The Renasant Park Trail on the south side of Hernando was opened as Mayor Tom Ferguson cut the ribbon to welcome the additional recreational opportunity at the park.

There are two entrances to the trail. The front entrance is on Highway 51 South across from Tegra Medical. The second entrance is on the backside of the Williamsbrook Subdivision located off of Robertson Gin Road.

Funding for the trail came with grants from Mississippi Wildlife, Fisheries and Parks ($120,000). With a Blue Cross and Blue Shield Foundation Health Heroes grant and Healthy Hometown Award ($125,000), the city was able to build a 1.7 mile nature trail that can be accessed by walkers, runners and cyclists. The trail also connects to the back side of the Civic Center ball fields.

The second official ribbon cutting took place at the new $1 million Linear Park. Funding came from $650,000 LPA (Limited Partnership Agreement) funds, $200,000 from the Mississippi Department of Transportation (MDOT), and $200,000 from the City of Hernando.