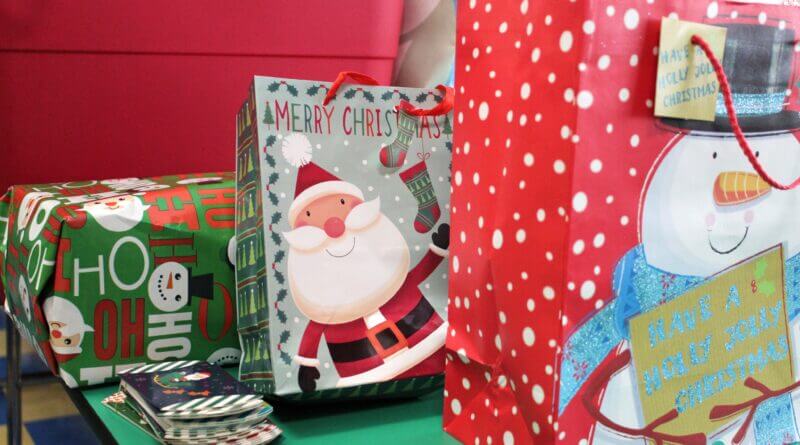 There are many children who this time of year are closely watching the ever-increasing number of presents being added under the Christmas tree. They are anxious to know how many presents there are, who are they for, and most important to them, which presents they are getting for Christmas.

There is a little girl in Memphis who, instead of being excited for what she was getting for Christmas, decided she was going to make Christmas exciting for some other children, most of whom she hardly knew, or even knew at all.

Eight-year-old Shayla Hardy is the daughter of Shavana Haten, a woman who works with ABM, a company that employs her to help do the cleaning of the cafeteria at the 525-student Horn Lake Elementary School in Horn Lake.

Haten has a deep affection for the children she encounters daily at the pre-K through second grade school and has shared her love for those children with her daughter.

But, it was Shayla who decided she would take it upon herself to make Christmas a brighter time for some of those youngsters and she had the money to do… $1,000 to be exact.

“With the pandemic and everybody being so sad and not in a Christmas spirit, this year we decided not to have Christmas for her, but we would rather give than receive,” Haten said. “We wanted to brighten up somebody else’s day for the holidays.”

So, with money in hand and a list of children Shayla could help, she and her mom went shopping. They hit all the stores looking for presents for what turned out to be 50 students, most of whom were selected due to need or situation.

Friday morning before the students left for Christmas break, Shayla came with her mom to school and became Santa’s special elf for the students, who were called to the cafeteria to be “presented” with their presents by Shayla herself.

In case you were wondering where a little eight-year-old girl came up with $1,000 in a savings account that she could just give away, Shayla’s mom said her daughter has worked very hard for the money that she passed out that morning in the gifts given to other youngsters her age.

“She participates in some modeling, so she models and she saves money doing house chores and things like that,” Haten said. “She decided to take her savings and give to somebody else who needs it.”

Horn Lake Elementary principal Carrie Speck said the students would be excited about the gifts because she knows many of them otherwise won’t have the merry Christmas most of us are used to.

“I think this is just wonderful for a student so young to understand that it is better to give than to receive,” said Speck. “For our students to be chosen to be the recipients of these gifts is a wonderful thing. We have lots of sweet kids at our school that sometimes go without during the holiday season, so this is just such a blessing.”

And Shayla might be thinking she got as much for bringing the season’s sunshine to the school her mom works at.

“I feel good because I could brighten up somebody else’s holiday and it will make somebody happy,” Shayla said.