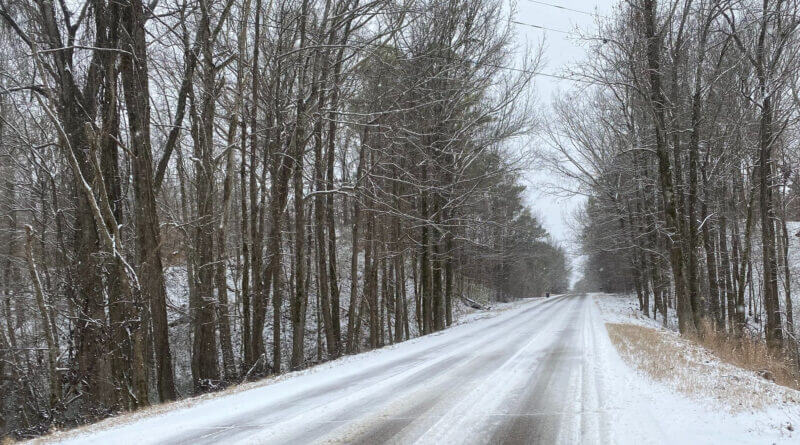 DeSoto County and the Mid-South saw an additional spot of snowfall Monday, as a system blew through the area.

Most areas saw just short of an inch of snow, but it was enough to make for slick roads, causing some accidents, and some enjoyable winter scenes the day after Christmas Day.

A Winter Weather Advisory was posted for the area Sunday evening to run overnight through 3 p.m. Monday. The system arrived during the day Monday left quickly enough that the advisory was canceled an hour early Monday afternoon.

Here’s some views on the day in DeSoto County, as seen from those using the Twitter social media site,

Sam Rikard, the former Mayor and now known as the Weather Mayor in Olive Branch, reported light snow and 31 degrees in his backyard at 11 a.m. Monday morning.

Horn Lake Middle School Assistant Principal Cole Bostick had this view of the building as the snow was falling.

James Cline had these views from his home in the eastern part of Olive Branch, where he reported just under one inch of snow.

Susan Norwood Pyle had this view in Hernando at 12 noon Monday.

And, DeSoto County Schools Supt. Cory Uselton thanked meteorologists for forecasting the snow while schools were out on Christmas break.

Forecasts for DeSoto County from the National Weather Service indicate warmer and drier weather is now on the way, with highs reaching the 60s on Thursday and on into the New Year.