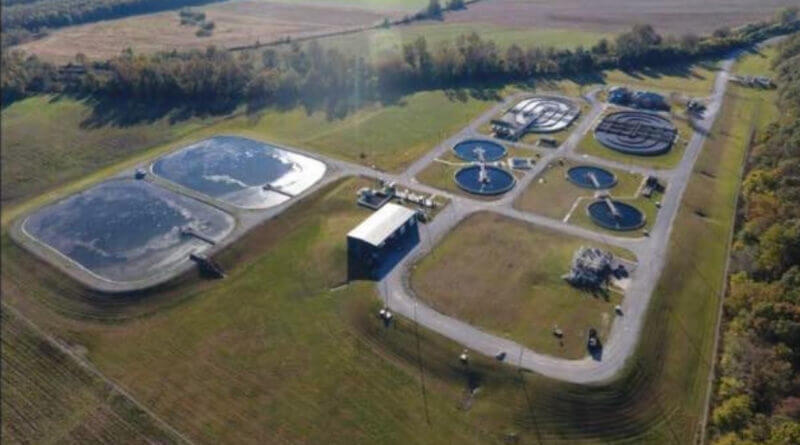 To address the growing needs of DeSoto County’s population the U.S. Army Corps of Engineers and the DeSoto County Regional Utility Authority, or DCRUA Thursday signed the fourth amendment to the existing Project Cooperation Agreement. The agreement funds the wastewater infrastructure system for DeSoto County.

Mississippi Congressman Trent Kelly was on hand to witness and support the agreement’s signing, which increases the federal participation funding limit from more than $83.722 million to $130 million.

About $10.8 million in new funding comes from the $1.2 trillion Infrastructure Investment and Jobs Act, also known as IIJA, that was passed into law in November.

“We’re not just changing a dollar amount, we are recertifying this partnership,” Col. Miller said. “The work we’ve done and the work we have left to do and the conditions with how we are going to execute it. It’s never as quickly as you would like it, but we got it done and thank you for your patience and support.”

Miller added that Mississippi received more IIJA funds than any other state.

The project supports expansion of the existing wastewater systems and develops new systems into one unified county-wide system due to the county’s rapid growth.

Miller signed the agreement with DCRUA Board Vice President Joe Lauderdale and was witnessed by representatives of local and county governments along with other officials.

The initial agreement was signed in 2002, authorizing construction of the Short Fork Creek Wastewater Treatment Facility project element. DCRUA was in charge of the designs and the Corps of Engineers in charge of construction up to $31.8 million.

In 2006, a new agreement was made so that DCRUA was in charge of design and construction activities and the federal government becoming general supervisor and administrative oversight. The agreement authorized construction of the Johnson Creek Wastewater Treatment Facility and Interceptor, with the federal participation increasing to $55 million.

Thursday’s signing was PCA Amendment Number 4 and raised the federal participation to the $130 million figure.