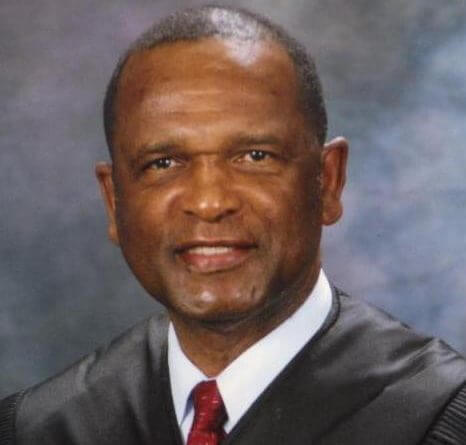 Former Mississippi Court of Appeals Judge Tyree Irving was elected chair of the Mississippi Democratic Party on Saturday, becoming the first Black leader of the party since 1998.

“I thank you for the trust and confidence you’ve placed in me,” Irving told committee members shortly after his election.

The party chairman typically serves as the organization’s face, communicating the party’s policy goals, raising money and ensuring political operations are running smoothly. Irving replaces Bobby Moak, who served as Democratic chairman since 2016 and abruptly withdrew his bid for reelection on Friday afternoon.

Many Democratic leaders and candidates have recently criticized party leaders for failing to devote resources to electing Black candidates, even as white voters have left the party in droves and Black voters have become a substantial majority of the party’s base.

Though at least 70 percent of the Mississippi Democratic Party’s voter base is Black, the last six party chairmen, including Moak, have been white. Just twice in the modern history of the Mississippi Democratic Party has an African American served as chairman. From 1987-1994, Ed Cole, a Black man, served as chairman. And from 1994-1998, state senator Johnnie Walls of Greenville held the seat.

READ MORE: Black voters are the overwhelmingly majority of Mississippi Democratic Party’s base. Why is party leadership white?

Others also decried a lack of leadership in the party and support for candidates, particularly amid the party’s dismal showing in the 2019 statewide elections. Republicans swept all statewide offices last year, solidifying supermajority control of the state Legislature and increasing down-ticket wins on the local level.

Speaking with Mississippi Today earlier this week, Irving said: “My vision is turning this state blue.”

“I know most people would say, ‘What did this guy drink or eat that he things that can be done?’” Irving said. “I’ve always been forward looking and optimistic, believing against all odds that we can achieve our goals.

“We have got to have a really good messaging program going, and we’ve got to convince a lot of white Mississippians that they are constantly voting against their economic interests. That’s a tall order. The problem is the white leadership that you have. If they have tried, they have failed at it.”

Irving continued: “They’ve been running away from the national party all the time — at least the white politicians in recent times have. We’ve got to change that culture if we are going to build this party and have any chance at statewide elections.”

“I just wanted to congratulate (Irving) on his victory,” Banks said to the party’s executive committee shortly after the election. “Our problems and issues are not with each other. We have to work together to defeat the Republicans. I look forward to working with you and whoever else is elected.”

This article first appeared on Mississippi Today and is republished here under a Creative Commons license.