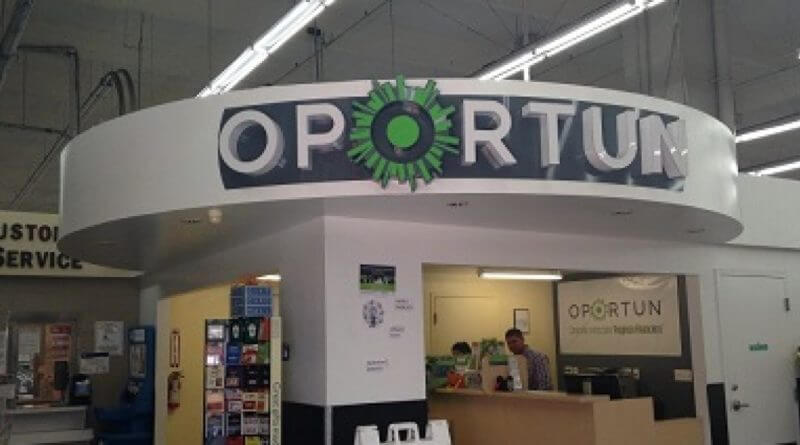 ProPublica is a Pulitzer Prize-winning investigative newsroom. Sign up for The Big Story newsletter to receive stories like this one in your inbox.

A Silicon Valley-based installment lender that caters to Latino immigrants announced on Tuesday that it would drop all the lawsuits it has filed against borrowers who fell behind on payments, including during the coronavirus pandemic.

Oportun Inc. also said it would cap interest rates on new loans at 36% — a percentage that consumer advocates consider the gold standard for smaller personal loans.

The announcement came after ProPublica and The Texas Tribune began asking questions about the company’s lending and debt collection practices in Texas, one of 12 states in which it operates. That reporting has included interviews with individuals whom Oportun sued in small claims courts across the state, as well as numerous consumer advocates.

The company didn’t say on Tuesday exactly how many pending lawsuits it would drop in Texas and other states, but confirmed that “several thousand cases” would be impacted. Court records show that it has filed thousands of debt claims in Texas this year alone and tens of thousands since 2016.

“Recently, a few consumer advocates and journalists have asked us about the APRs (annual percentage rates) we charge some of our customers as well as the scale of our legal collections,” Oportun CEO Raul Vazquez wrote in a blog post on Tuesday.

“We have always designed our products and practices to benefit our customers, so we asked ourselves how we can better serve our customers, especially in the current environment, while keeping our commitments to other stakeholders,” Vazquez wrote. “After extensive discussions and with enthusiastic support from our leadership team and Board, we have decided that we can do better and I’m writing today to share how we intend to do that on a permanent basis.”

In addition to dropping all pending lawsuits, Vazquez said the company would limit debt collection activity now and in the future with a temporary moratorium on new debt lawsuits — it did not indicate for how long — and the reduction of its current filing rate by more than 60%.

While the company has filed suits related to fewer than 6% of its loans in recent years, Vazquez acknowledged it had still become the largest filer of debt claims in both California and Texas.

“This is a position that does not reflect our objectives as a mission-driven company,” he wrote.

In a statement to ProPublica and The Tribune, the company said: “We did not and will not file cases or pursue judgements for customers who informed us that they were impacted by COVID-19.”

The other major change Vazquez announced Tuesday is an “all-in” interest rate cap of 36%, a policy he said would be completely implemented by mid-August.

Some consumer advocates believe that size APR is still too high, but it is considered a gold standard ceiling for the kind of smaller installment loans that Oportun offers, which range from $300 to $10,000.

“While the average APR for our business today is about 34%, the APRs can exceed 36% for some customers, often because the size of the loan is small and the term is fairly short (less than 12 months),” Vazquez said.

Consumer advocates and attorneys praised the move, with some caveats, and said they hoped it would inspire other installment lenders, subprime and otherwise, to follow suit and possibly generate momentum for a nationwide interest rate cap.

“Oportun did the right thing by reducing their rates to 36% without any trick or trap fees, and by dismissing all of their debt collection lawsuits and pledging to work with distressed borrowers. Other lenders should follow their lead,” said Lauren Saunders, associate director of the National Consumer Law Center, who noted that 36% is already the maximum allowable interest rate for active military service members.

Ann Baddour of Texas Appleseed, a nonprofit that advocates for low-income Texans, said the rate cap “is particularly positive for residents of Texas, where some consumer loans can average 500% interest or higher.” The planned changes to debt collection practices are welcome too, but Baddour noted that Oportun would still have been a top filer of debt claims in Harris County, home to Houston, this year even if it had filed 60% fewer cases.

Attorney and professor Mary Spector, who directs the civil and consumer law clinic at Southern Methodist University’s Dedman School of Law, said: “Maybe this is a bright spot during the pandemic and, if we’re lucky, other lenders will follow suit.”