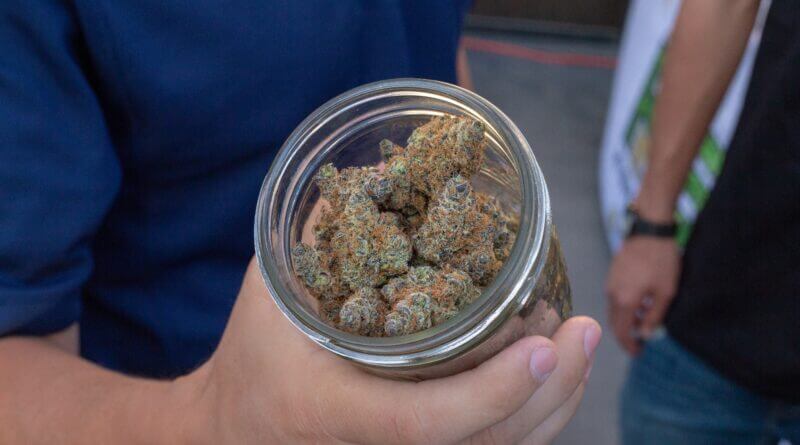 Supporters of marijuana usage for medical purposes are grateful for Wednesday’s vote in both houses of the Mississippi Legislature that would institute a program and make medical cannabis legally available in the state.

Both houses of the legislature overwhelmly approved and sent to Gov. Tate Reeves the Mississippi Medical Cannabis Act. State Sen. Kevin Blackwell (R-Southaven) was the principal author of the bill on the Senate side, while Rep. Lee Yancey (R-Brandon) is chairman of the House Drug Policy Committee. They spearheaded the conference report that passed on a 46-4 vote in the Senate and then passed in the House by a 104-13 vote.

Under the bill, those with serious medical problems could purchase 3.5 grams a day, or about three ounces of cannabis a month for treatment uses.

The idea of medical marijuana was also supported in the November 2020 elections through the 74-percent approval of Initiative 65, but the state Supreme Court threw out the vote, saying it was invalid because the initiative process was outdated.

“Sen. Blackwell and Rep. Yancey worked very diligently for many months and they have come out with a wonderful bill that will actually help the patients of Mississippi,” Calhoun said. “They are open about helping the patients, that this is for the patients.”

The final version drops the amount of marijuana that can be purchased from the Senate’s 3.5 ounces to the House’s three ounces of cannabis a month. Calhoun said her group was fine with the reduction, but nothing more.

“I do wish that it had been left at 3.5, but three ounces is OK,” Calhoun said. “I would not have been OK with it going any lower, because we don’t know per patient how much each person would need. I don’t want to limit someone so much that they would have to go to the illicit market or have to move away.”

Calhoun, the mother of a son who had to move away to Colorado to get cannabis for his medical issue, called Wednesday’s passage an important vote for those who use the substance to treat medical conditions. Ailments that are treated range from chronic pain control to muscle spasms caused by multiple sclerosis,nausea from cancer chemotherapy, seizure disorders, and Crohn’s disease.

“This has been a big win for the patients of our state and our Legislature, from the Senate to the House, did an amazing job and I’m very thankful to them as an advocate and a mother of a patient,” said Calhoun.

Reeves now has three options concerning the bill. He can sign it, veto it and send it back to the Legislature, where it appears by Wednesday’s vote an override is likely, or he may let it become law without his signature. Reeves told WLOX-TV Wednesday after the vote a legal team is now reviewing the measure.

“I’m really and humbly asking him (Reeves) to sign this bill as a way of showing that he genuinely cares about the sick people of Mississippi,” Calhoun said. “The legislature has met him on many of his demands and has done so much to work with him. It’s time for our governor to support the will of the 74 percent of voters but also to say that he is doing it for the patients of Mississippi because he does love and care for his constituents.”