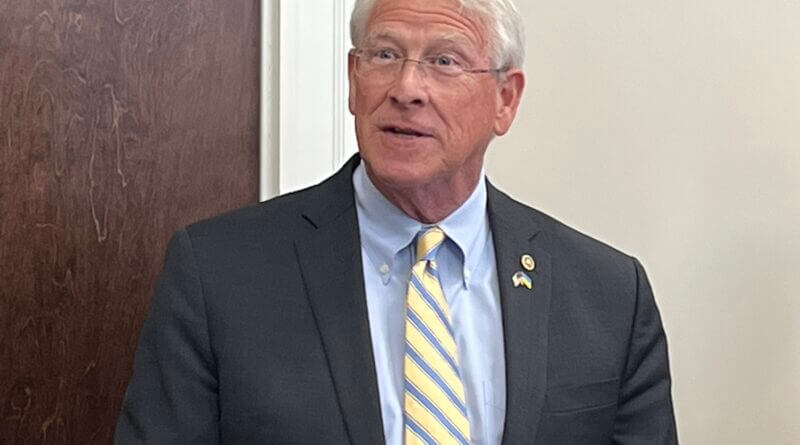 Our military service members can breathe a little easier now that the annual defense bill has finally passed. After months of unnecessary delays, the Senate on Thursday passed the National Defense Authorization Act (NDAA) by a vote of 83-11, authorizing a full year of military funding. This year’s bill authorizes $858 billion for national security, sending a strong signal to our adversaries that we are serious about defending our country. As a member of the Armed Services Committee, I wrote provisions of the bill that will support our defense industrial base and help grow our Navy fleet, enabling us to push back on Chinese aggression. This bill will go a long way toward keeping us safe.

The final package is a win for our military, but it should never have taken so long to approve. The original bill passed out of committee in June, leaving months for congressional debate. Unfortunately, Senate Majority Leader Chuck Schumer decided to shelve the bill for six months to focus on left-wing spending. Even last week, he insisted on diluting the defense bill with unrelated projects, such as an energy giveaway for West Virginia. This delay was reckless and irresponsible. Mr. Schumer’s stall tactics have created needless delays for military construction projects and kept our troops from receiving a pay raise on time. Thankfully, Republicans stood firm and prevailed. I hope the Democratic Leader takes a lesson from this ordeal and begins treating our military with the seriousness it deserves.

Our service members will benefit substantially from this legislation. The bill includes a much-needed 4.6 percent pay raise for our troops, helping to offset some of the damage from inflation. It will also repeal the Biden Administration’s pointless COVID vaccine mandate, which has forced thousands of our best and brightest to leave the military prematurely. The Administration has continued to defend this mandate even as our military faces the worst manpower shortage in 50 years. I have urged the Pentagon to drop the mandate, and I voted for its repeal.

Conservatives also successfully blocked parts of the left’s social agenda. For the second year in a row, we successfully scrapped a provision that would have forced women to register for the draft – something I have long opposed. We also blocked a far-left attempt to reduce penalties for cocaine possession. In addition, I fought to include language clarifying that the military’s role is to win wars, not to advance a social agenda. I will continue to fight against the President’s woke liberal policies, which only weaken our military.

With Russia and China growing more aggressive, we are now living in the most dangerous time since the height of the Cold War. It is vital that we maintain our military edge to prevent conflict. This year’s legislation will modernize our nuclear capabilities, which President Biden’s budget proposal would have weakened. It will also boost support for our allies who are on the front line against Chinese and Russian tyranny.

One of my top priorities was a provision requiring at least 31 new amphibious ships for the Navy, many of which will be built in Mississippi. I also secured major investments in our state’s military installations, including $10 million for Keesler Air Force Base and $20 million for the Army’s Engineer Research and Development Center in Vicksburg. Mississippi has a key role to play in maintaining U.S. military superiority. With this bill now passed, we are well positioned to keep our enemies at bay in 2023.