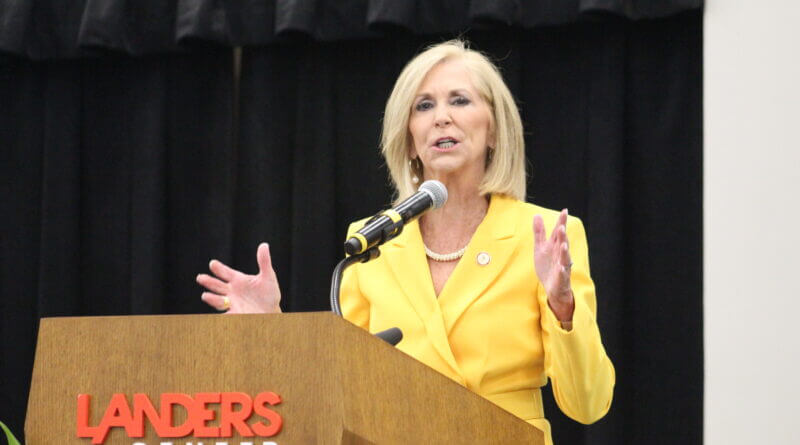 Mississippi Attorney General Lynn Fitch keeps busy with her work as the state’s chief law enforcement officer and this past week has been no exception.

Thursday, Fitch announced that GenBioPro (GBP), a generic medication abortion manufacturer, filed to dismiss its case in the United States District Court for the Southern District of Mississippi.

GenBioPro had challenged Mississippi’s ban on nearly all abortions, stating the federal Food and Drug Administration (FDA) had established a federal policy for access to medication abortion that preempted Mississippi law, including the State’s trigger law, which was also recently vindicated in a case litigated by Attorney General Fitch.

GenBioPro is a manufacturer of mifepristone, a drug used in medication abortions.

“We are pleased to have again successfully defended Mississippi’s abortion laws,” said Fitch. “These laws represent the will of the people and the intent of the Legislature to promote life, protect the health and safety of women, and preserve the integrity of the medical profession. Our victory in Dobbs affirmed the right of the people to pass laws that defend these legitimate public interests.”

The successful argument which eventually led to the U.S. Supreme Court ruling in favor of the state in the Dobbs v. Jackson Women’s Health Organization and returning to the states the legal determination of the abortion prohibitons was addressed in Fitch’s speech to the Southaven Chamber of Commerce quarterly luncheon Wednesday at the Landers Center.

Mississippi’s trigger law went into effect with the successful argument before the Supreme Court, a law that effectively bans all abortions with few exceptions. Anyone who performs or attempts to perform an abortion in the state will be charged with a felony which is punishable by up to 10 years in prison. The only exceptions are to save the mother’s life or if the woman is a victim of rape, provided she has reported the crime to law enforcement. There are no exceptions for incest.

Fitch again stressed that the next step from the legal side is for laws to be enacted for more affordable and accessible child care, strong child support enforcement, along with improved adoption and foster care systems.

“The Dobbs decision embodied our belief in the dignity of women, of children, and of human life itself, and we will pursue the agenda that transforms that belief into action,” Fitch said.

“Feminism, once understood as the way to promote equality for women, is today disintegrating in an identity crisis of its own making,” said Fitch. “But it is not only legitimate for women to have a space of their own in which to grow and thrive, it is good for society to carve out that safe space for women to engage with one another in athletics, education, fellowship, and sometimes even in healing.”

The Women’s Bill of Rights has been signed by more than 8,700 citizens across the country, as well as state legislators, U.S. Senators, and members of Congress.