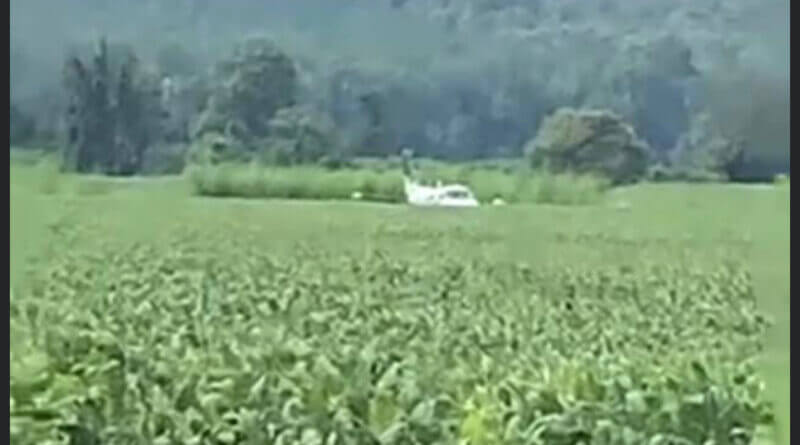 Photo: The plane crash scene in Tippah County after the pilot earlier had threatened to crash into the Tupelo Walmart. (Courtesy Tippah County News)

A plane that threatened to crash in Tupelo at Walmart Saturday morning has crashed near Tippah County in Benton County on Friendship Church Road, according to our news partner Tippah County News.

The plane left the Tupelo Airport early Saturday morning. It appears to have crashed in Tippah County around 10 am, according to the flight path of the aircraft which shows that it is no longer in air. Reports are the pilot survived the crash.

CLICK HERE FOR THE FLIGHT PATH OF THE PLANE

On 09-03-2022 at approximately 05:00 am TPD was notified that a pilot of an airplane (possibly King Air type) was flying over Tupelo. The pilot has made contact with E911 and is threatening to intentionally crash into Wal Mart on West Main.

TPD has worked with Wal-Mart West and Dodges on West Main to evacuate the stores and disperse people as much as practical. TPD also has been able to begin talking with the pilot directly.

At this time the situation is ongoing with TPD and all Emergency Services in our area on alert.

Citizens are asked to avoid that area until an all clear is given. With the mobility of an airplane of that type the danger zone is much larger than even Tupelo.