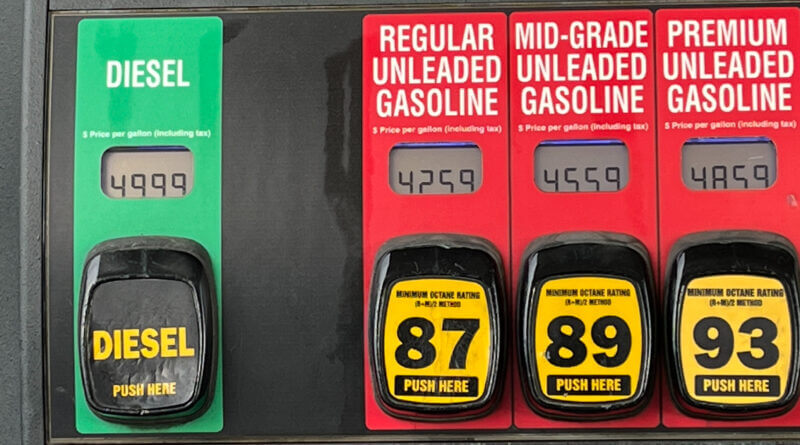 Drivers in DeSoto County and across the country went to the gas pumps Wednesday and felt a little more pain in the pocketbook with another spike in prices greeting them when they came to fill up.

Mississippi Gov. Tate Reeves posted about the high gas prices on his social media channels Wednesday, including this Twitter post:

AAA offered fuel-saving tips on its website that included the following:

Gas prices in the nation have more than doubled in the past two years, as the average national gas price in Feb. 2020 was $2.53 a gallon and actually dropped to $1.94 a gallon in April 2020, according to an article in the Washington Post.  However, average national pump prices have jumped back to $4.21 a gallon by April of this year, ahead of the 40 cent a gallon rise by the end of May.

The Ukrainian crisis along with more demand in the post-pandemic world can be attributed to much of the rise. However, the Biden administration’s refusal to allow more domestic oil production for environmental reasons, production that was encouraged during the Trump administration, is also considered by many analysts as reasons.

In response to the spike in prices, the Biden administration is releasing oil from the Strategic Petroleum Reserve, Republicans are urging more domestic oil production, and many governors are calling for the suspension of gas taxes to temporarily lower fuel prices. However, that action would take away money from road projects.

Most everyone agrees, however, that a peak in the gas prices needs to come soon, although the light at the end of that tunnel still seems to be a ways away.