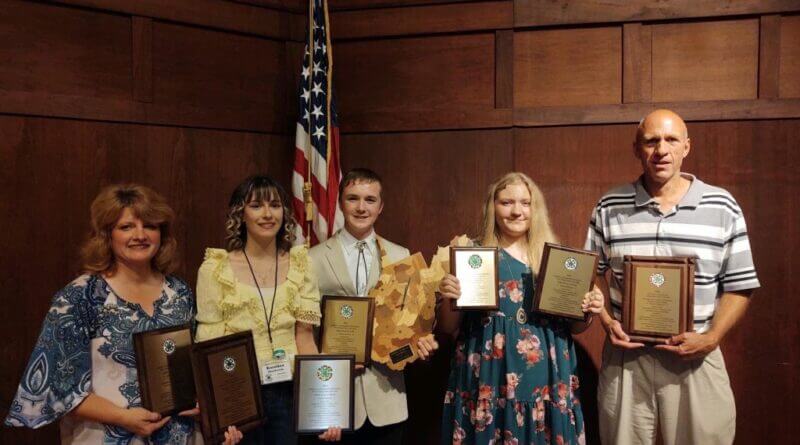 Mississippi’s Karolina Heathcock had the highest overall score in the contest.  The second-place individual was Ashlyn Henderson from Mississippi and the third-place high individual was Caden Conley from Louisiana.

The Joe Yeager “Spirit of the Invitational” award was presented to Keller Stinson from Utah.  This award recognizes an outstanding 4-H contestant at the Invitational. It is presented to the individual who takes initiative, is enthusiastic, and is eager to lead academic and social situations.

The Tommy and Susan Futral Inspiration of the Invitational Award was presented to the Oklahoma team consisting of McKayla Brents, Autumn Diggs, Samantha Scott, Stacey Scott, and coach Alicia Brents.