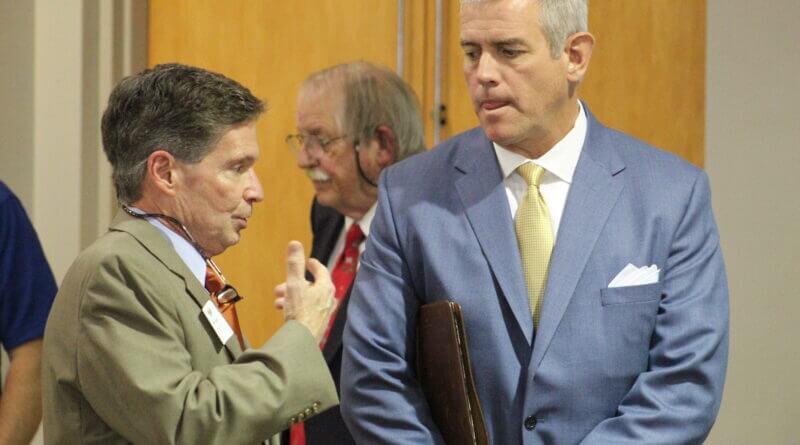 Mississippi Speaker of the House Phillip Gunn believes the state should do a better job with providing infrastructure improvements. Gunn told the DeSoto County Economic Development Council’s quarterly luncheon on Friday that incoming federal funds can bring those improvements, if spent wisely and well.

Gunn said the state is poised to get $1.8 billion in federal funds and another $4.4 billion in infrastructure funding, $3.4 billion of that is for roads and bridges and another $1 billion is for such areas of ports, airports, and railroads.

“We’re in the process now of trying to digest exactly what the rules and regulations are on those funds,” Gunn said. “My goal is and what I’d like to see is for those funds to be used in a way that generates jobs for an economic return. I’ll make sure that the dollars we spend are for the creation of jobs or the creation of economic prosperity.”

If that happens, Gunn feels DeSoto County, already one of the strongest areas for population growth in the state, will see continued growth.

“DeSoto County is poised to have great prosperity if we can spend those dollars in a way that helps you,” Gunn said.

The House Speaker reminded the business leaders of the county’s significance to the state’s population.

“DeSoto County, the (Gulf) Coast, Madison, Rankin, Oxford, all of those areas are exploding, they are growing by leaps and bounds,” Gunn said. “DeSoto County in the census last year had the highest numerical growth of anywhere in the state. The number of people who moved here was greater than in any other region of the state of Mississippi.”

He did note the highest percentage growth was in the Oxford area, but with the population growth comes opportunity.

“There are problems that come along with it but they are good problems to have,” Gunn said. “Infrastructure is also a part of that. We’ve got to do a great job of making sure you have the infrastructure you need, the roads and bridges, the electricity and water and all of those things.”