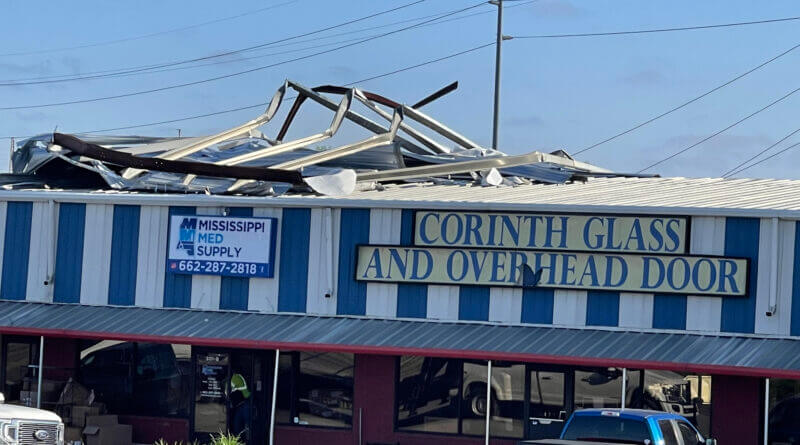 The Corinth area was hit hard with the line of storms that came through North Mississippi on Wednesday night.

The majority of the city limits of Corinth were without power as of Thursday morning, with over 7000 reported without power 12 hours after the storm.

The Corinth Schools will be closed tomorrow (Thursday, April 14). We will see you on Monday, April 18!

ACE Power released the following, along with pictures of damage:

The pictures below represent what our crews have been fighting through all night. This is the transmission line feeding our District Substation, which serves a large portion of downtown Corinth.

These are 65′ steel poles and the wind ripped through them like toothpicks. Thank you for your continued patience as we continue to restore power throughout the day today.

Late Thursday, the National Weather Service in Memphis provided this information about the Corinth storm, stating there was a small tornado.

Alcorn County News took the following photos on Thursday morning showing some of the damage. Steel beams were bent in multiple locations.