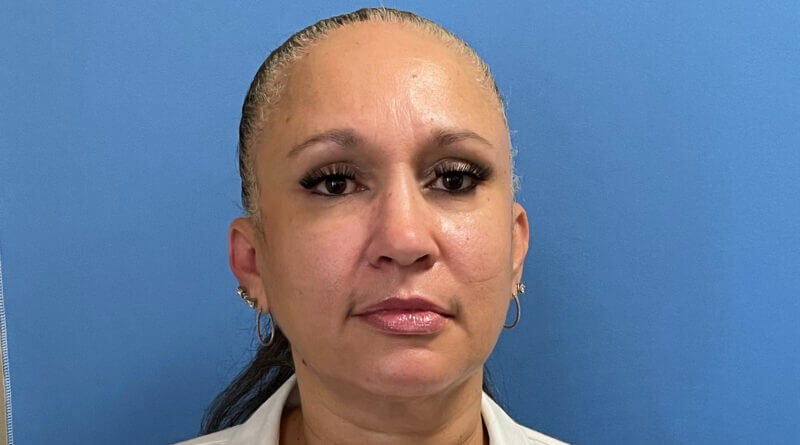 Mississippi State Auditor Shad White has announced Special Agents from his office have arrested Sudie Jones-Teague after she was indicted on multiple charges by a Hinds County grand jury. Special Agents also delivered a demand letter to her showing she owes nearly $150,000 back to Hinds County taxpayers. The demand amount includes interest and investigative expenses. This arrest is part of a larger alleged scheme also involving Hinds County Election Commissioner Toni Johnson and businessman Cedric Cornelius, who were both arrested by Special Agents from the State Auditor’s office last week.

“We are committed to putting a stop to fraud like this,” said Auditor White. “If you have information on this case or any others, please call the Auditor’s office at 1-800-321-1275.”

Sudie Jones-Teague was arrested for fraud, conspiracy, and bribery. She is accused of working with both Cedric Cornelius and Toni Johnson to have New Beginnings—her own company—illegitimately approved as a vendor for Hinds County and paid without actually performing work. New Beginnings is registered as a “hair and fashion” company but was paid to perform cleaning and catering services. A demand letter delivered to Jones-Teague upon her arrest shows she owes $143,459.32 to Hinds County taxpayers.

Jones-Teague surrendered herself to Special Agents at the Hinds County Detention Center in Raymond. The court is responsible for setting a bail amount.

If convicted on all counts, Jones-Teague will face many years in prison and thousands of dollars in fines. All persons arrested by the Mississippi Office of the State Auditor are presumed innocent until proven guilty in a court of law. The case will be prosecuted by the office of Hinds County District Attorney Jody Owens.

No surety bond covers any of Jones-Teague’s alleged crimes. Surety bonds are similar to insurance designed to protect taxpayers from corruption. She will remain liable for the full amount of the demand in addition to criminal proceedings.

Special Agents from the Mississippi Office of the State Auditor arrested Toni Johnson and Cedric Cornelius last week after both were indicted for fraud, embezzlement, and bribery. Johnson allegedly used her position as a member of the Hinds County Election Commission (HCEC) to embezzle two 85-inch televisions and personal protective equipment (PPE). Cornelius is accused of working with Toni Johnson to have his company paid for cleaning services, COVID-19 testing, and voting machine audits although no work was actually performed. Johnson’s demand letter shows she owes $25,893.8 back to taxpayers. Cornelius was issued a $216,227.28 demand letter. These amounts also include interest and investigative expenses.

A portion of the over $325,000 allegedly obtained by these three individuals came from $1.9 million in grants awarded to Hinds County by the Center for Tech and Civic Life (CTCL)—a nonprofit organization funded by Facebook founder Mark Zuckerberg. This organization gave over $350 million to election offices across the country during the 2020 election season according to the Wall Street Journal.