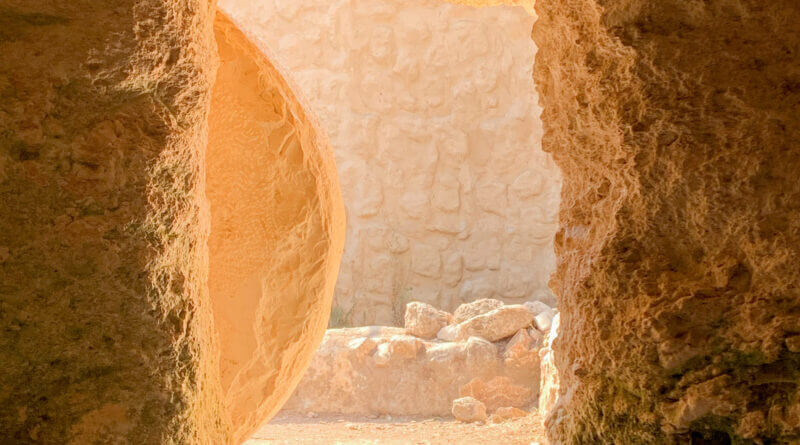 When Jesus Christ was placed in the tomb after His death on the cross, God did not inscribe that epitaph on His tomb. He did not chisel into the stone that was rolled over the doorway to the tomb the words, “I have nothing more to say.” He did not write that because God had much more to say. In fact, when Sunday morning came and the empty tomb was discovered, God began to speak the most powerful message that the world has ever heard.

When the women arrived at the tomb that Sunday morning, they found the stone rolled away. They entered the open tomb and saw a young man sitting there who announced to them, “Don’t be alarmed. You are looking for Jesus the Nazarene, who was crucified. He is risen! He is not here. See the place where they laid him” (Mark 16:6).

Through the angel, God continued to speak on Easter Sunday morning. With those words, “He is risen,” the history of the world was forever changed. With those three simple words, we received the news that God’s power is greater than death or any other challenge we face.

We need this word from God because we have all experienced the death of someone we loved. The funeral ended with such finality. But the message of every Easter morning is that we can have hope because God’s power is greater than death.

Another word that He continues to speak is that He is the God of the second chance. Peter and the other disciples had failed Him miserably at the time of the cross. In other words, they were very much like us. That’s what we continue to do. We keep making commitments to Christ, and we keep coming up short of those commitments.

What did God have to say about that? Does He write us off after we sin and come short of what we have promised Him? No, God did not write Peter and the other disciples off after their failure, and He does not write us off. The angel said to the women on that first Easter Sunday, “Go, tell his disciples and Peter, He is going ahead of you into Galilee. There you will see him, just as he told you” (Mark 16:7). He was still going to meet with them and use them! He is the God of the second chance for sinners like Peter, the other disciples, and us. It is a message of grace that He continues to speak every Easter Sunday!