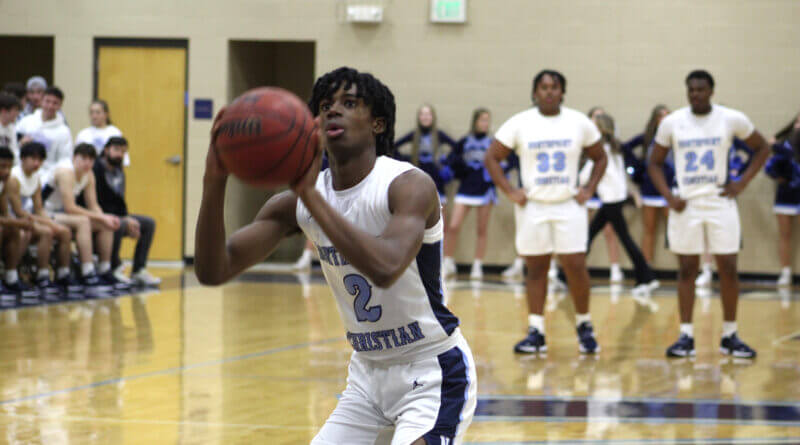 In Northwest Christian School’s 80-44 victory over Memphis Fairley Saturday night in Southaven, Christian Gilliland torched the Bulldogs for 33 points, 21 of which came in the first half alone.

Gilliand finished with 12 field goals, including one three-pointer, and was 8-of-9 from the free throw line.

His 10 first-quarter points helped the Trojans take an 18-9 lead after one quarter. Gilliand added another 11 points in the second quarter as Northpoint took a 36-17 lead to halftime.

Northpoint put the game away in the second half with a 23-point third quarter, with Gilliland putting down eight of the 23 points. Two more baskets in the fourth quarter came before reserves came in to finish the game off.

“I thought it was very efficient,” coach Barry Gray said. “When he’s in the middle of the floor he is very hard to defend and he does really good finishing.”

It was the second time Northpoint had defeated the Bulldogs this season, but the first meeting at Fairley was much closer, finishing with a 65-58 victory for the Trojans in the opening game of the year.

“We came from behind in the fourth quarter and beat them over there,” Gray said.

LADY TROJANS BEAT DESOTO SCHOOL: The first game Saturday evening at Northpoint saw the Lady Trojans handle the Thunderbirds of DeSoto School from Helena-West Helena, Ark. 62-20.. Brylee Faith Cherry led Northpoint in scoring for the game with 24 points. Eighteen of Cherry’s total came in the first half of play.  Karrington Edwards added 10 for the Lady Trojans. Izzy Carlson and Bethany  Wright finished with nine points each for Northpoint.

Carsyn Gore led Desoto School with a pair of three-pointers for six points.

Reserves played with a running clock in the fourth quarter of the game.