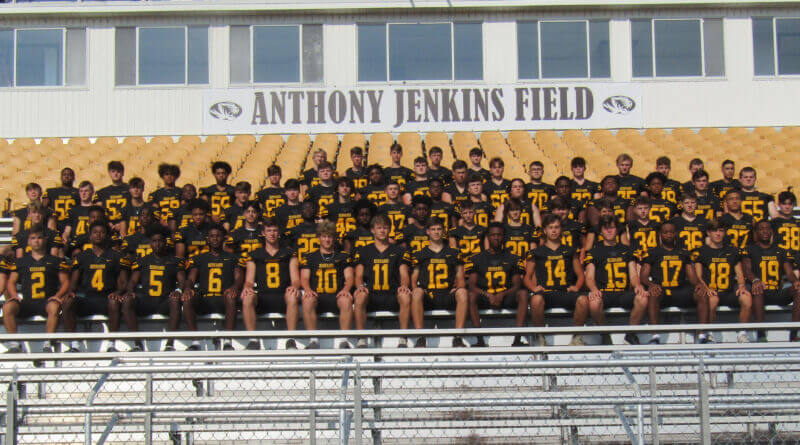 n year eight as the Tigers’ head coach, Hernando football coach Will Wolfe is ready to “roll with the punches and adapt” after coaching in the Covid-19-plagued 2020 season.

The Tigers, who finished the 2020 season 6-5, are looking forward to playing this fall because the 2020 season gave them an appreciation to even get to play each game. But, the Tigers did lose all of their starting running backs and wide receivers. There is some definite consistency, however, in senior quarterback Zach Wilcke, and other notable starters on offense include Collin Clagg and Matt Elrod on the offensive line, Eli Mashburn lined up as receiver, and Brody Martin starting as running back.

On the opposite side of the ball, leaders for the Tigers will include linebacker Bo Brankstone, Donnie Wade on the defensive line, and Keon Neely in the secondary.

Jackson Uselton will be returning as kicker for the Hernando Tigers, and this could be valuable as the Tigers finished four games last season that were decided by three points or less.

In the 2020 season, the Tigers beat the Tupelo Golden Wave and the Conquistadors of Olive Branch on the road, proving their ability to be a major player in MHSAA 6A play in Mississippi.

The Tigers look to make it back to the playoffs again this season after making it to the second round last year before losing to the Oxford Chargers, a team that lost in the state championship game against Oak Grove.

Hernando beat the legendary South Panola Tigers in postseason play last year, after only losing to them in the regular season by one point. They will have to play South Panola again this year on Sept. 24, as well as home matchups against Lewisburg, Horn Lake, and Olive Branch.

But as the divisions shift from year to year, the Hernando Tigers will not have to leave DeSoto County on Friday nights after September. And while Coach Wolfe said that “not traveling is always good,” he also stated that “every Friday is war – every Friday night is always competitive.”

For the Tigers this season, however, depth may be an issue, and it will be important that all players stay healthy. Wolfe said he hated seeing the missed opportunities last season, but he also believes his players “enjoyed every quarter” they were able to play.

The message to the team, in practice and as they suit up for war on the gridiron is to “get better every day, work hard, and play hard. Be a better team when you leave than when you showed up.”

With five home games to start the season, the Tigers will work hard and play hard in front of a home crowd that will fuel them to fight beginning Aug. 27 against Rosa Fort. District play kicks off Sept. 24.

With eight home games scheduled this season, it will be a battle in Hernando just about every Friday night this fall. It will all depend on the younger guys stepping up and the returning starters staying healthy to lead the Tigers to victory.

The Hernando High School football schedule is found on the MaxPreps website.