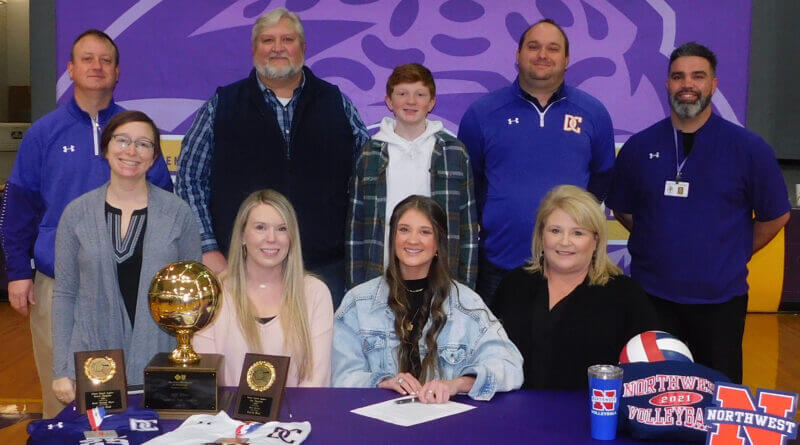 DeSoto Central volleyball defensive specialist Kayla Beal has signed to play volleyball next season at Northwest Mississippi Community College, where she will play for coach Allison Burchyett. Beal committed to the Rangers on Friday, Jan. 29 at the school.

Initially playing as a setter, Beal moved to a defensive specialist role in her junior season and saw time as a back row player.  She became a starter in that role her senior season for a Lady Jag team coached by Margaret Falatko.

Beal was a vital contributor who helped lead the Lady Jags to a seventh straight district championship and a MHSAA 6A state championship victory over Brandon.

She had 47 aces, 214 digs, 40 assists, and 252 points.  Beal scored more points in her rotation as a server than any other player.  Beal won the team’s Best Server Award this past season and the Jag Heart Award in her junior year.

“I’m excited for this opportunity.  It’s a new program that I get to be a part of and it’s close to home so my parents can watch me play,” Beal said. “I can’t wait to get started and see the difference between high school volleyball and college volleyball.”

Beal has played volleyball when she was in the sixth grade.  Her initial interest was because the sport looked fun, but it became much more.